In the early 1800’s New Mexico, and most of America’s southwest, was still part of New Spain with the governor of the Northern Provinces of New Spain located in Santa Fe.  It was the custom at that time for the governor to award land grants as a favor for political or military service.  In 1918, Pedro Armendariz applied for a land grant, citing his military service and loyalty to the King of Spain and in late 1919 was awarded the Armendariz Land Grant consisting of 397,235 acres.  During the ensuing decades, first Mexico in 1821 and later the United States in 1848 controlled the New Mexico territory.  Throughout these governmental and subsequent ownership changes, the Armendariz Land Grant remained pretty much intact.  In 1990, the last owner of the land filed for bankruptcy and in 1994 Ted Turner purchased the property and established the 362,885 acre Armendaris Ranch. 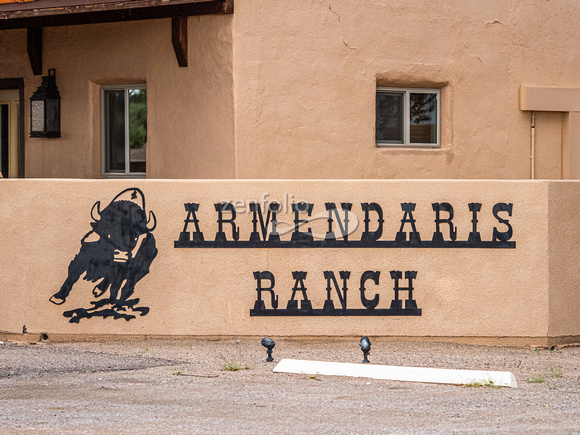 The huge ranch, with a landmass greater than the city of Phoenix,  is located along the Rio Grande River in south central New Mexico near the quaint town of Truth Or Consequences (T or C).  The landscape is semi-desert grassland of the northern Chihuahua Desert. Since 1994 Turner has allowed the previously overgrazed land to regenerate and has established a number of environmental initiatives to restore native species.  One of those initiatives was protecting the Mexican free-tailed bat population at the Jornada Bat Caves located on the Armendaris Ranch.  I convinced Jane that we needed to photograph these bats and that is how we ended up at the Sierra Grande Lodge in T or C for a two night stay. 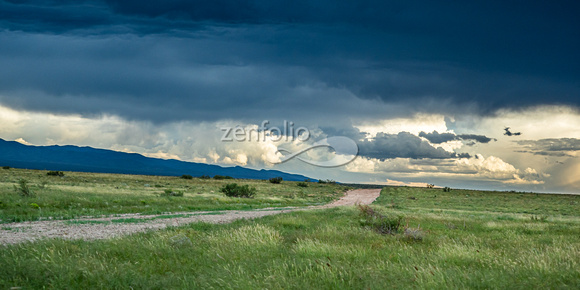 About 761,000 years ago a shield volcano erupted and spewed out a large basaltic lava flow.  As streams of hot lave flowed, the top crust cooled creating lava tunnels.  Centuries of erosion later, some of the crust lava, the roof of the lava tube, gave way and collapsed into the tube creating caves.  Some of these lava caves are on the Armedaris Ranch and from June to September, several hundred thousand female Mexican free-tailed bats migrate from Mexico to utilize the lava tube caves as their nursery.

When tens of thousands of bats emerge from the cave each evening around dusk, Swainson’s hawks gather in the sky to prey on the bats.  This was a wildlife event I wanted to try and photograph.  I scheduled two tours to the bat cave to maximize the opportunity to capture some keeper images.  The bat tour departs from the Sierra Grande Lodge, a Ted Turner Preserve property, at 3:30 PM and requires a two and half hour drive across the ranch on dirt tracks to the bat cave.  We left home around noon in order to check into the lodge well before the 3:30 PM departure.  Our guide for the tours was Ken, a retired biologist and accomplished photographer.

Unlike last year, this summer New Mexico is experiencing a more normal monsoon season with clear skies in the morning transitioning to huge cumulus clouds with extensive lightning and dark ominous cumulonimbus clouds by late afternoon with cloudbursts following in a random pattern.  That was the scenario when we arrived in T or C that afternoon.  By the time Ken picked us up for the drive to the bat cave, threatening clouds were all around.  Ken checked his weather app that showed the storms were concentrated to the west and east of our trajectory and we pressed on. 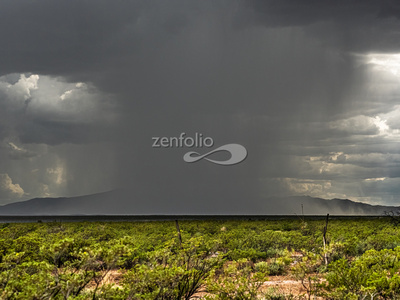 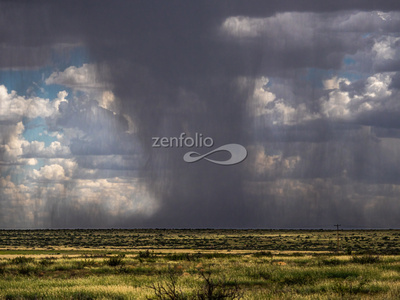 The contrast between the lush grassland vegetation on the Armendaris Ranch and the overgrazed conditions we had seen in southwestern New Mexico during our trip to Silver City was astounding.  By not grazing cattle or sheep on the ranch and allowing nature to restore the land, a healthy diversity of thriving plants and grasses abounded.  As we traversed the extensive ranch property there was a sense of isolation and returning to nature.  Along the way, we encountered a number of desert species I had never seen, let alone, photographed.  The western desert tarantula was one that Jane discovered as we were waiting for the bats to emerge.  The white lined sphinx, a type of hummingbird moth, we found pollinating and feeding on evening primrose flowers.  Ken nearly ran over a prairie rattlesnake that was sunning itself in the middle of the dirt track.  I also give Jane credit for spotting a tarantula hawk, although Ken had to tell us what it was, a spider wasp that preys on tarantulas. 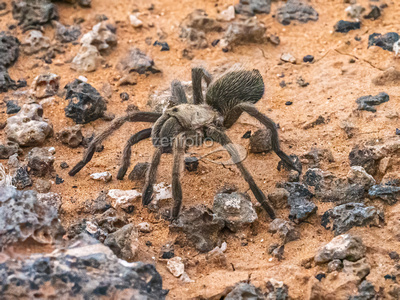 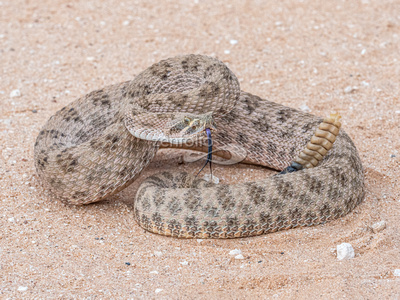 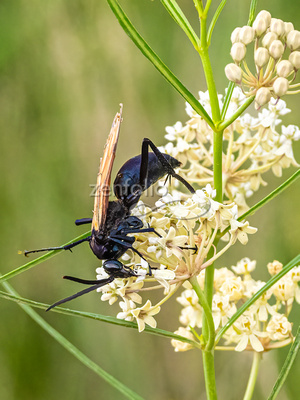 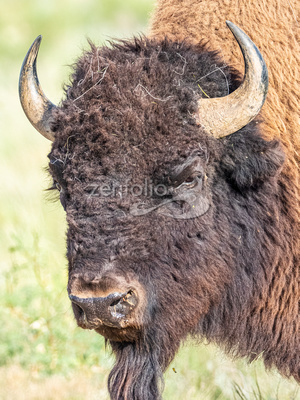 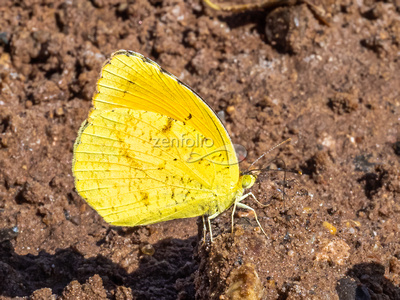 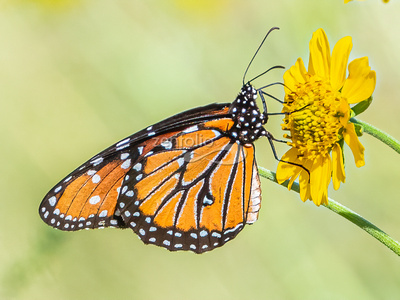 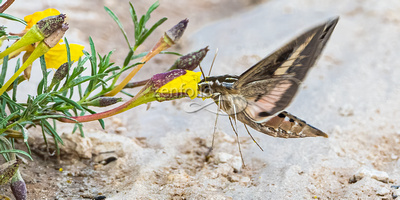 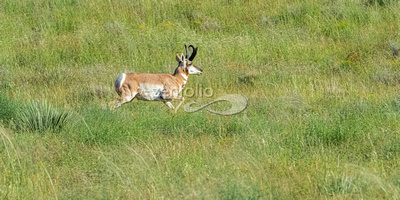 Photographing the bats, however, proved problematic. The bats normally emerge from their roosting cave around dusk, a half hour before sunset.  We arrived at the cave at 6:30 PM and storm clouds to the west were obscuring the sun creating early dusk conditions.  The bats must have sensed that conditions that night were different and decided not the leave their shelter until nearly sunset.  We did see a string of bats fly out to forage for insects on the prairie but by that time it was too dark to attempt photography. That is why, as a form of insurance, I had scheduled two tours to the bat cave.

The second night we arrived a bit earlier, but the weather was also a bit more threatening.  Ken had brought folding chairs so we would be more comfortable while waiting for the fly out.  We had barely set out the chairs and gotten cameras ready when it started to rain.  By the time we reached the shelter of Ken’s truck, a hundred yards off, we were pretty much soaked. This time the rain cells were right over us and Ken had to drive two hours on the water logged dirt track back to the paved road with torrential rain pelting down.  We made it back without incident but it was a scary ride. 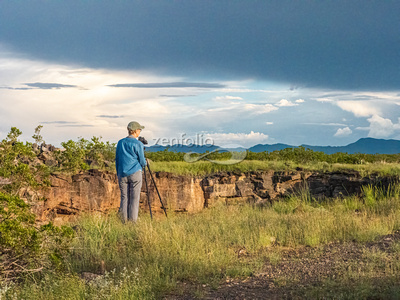 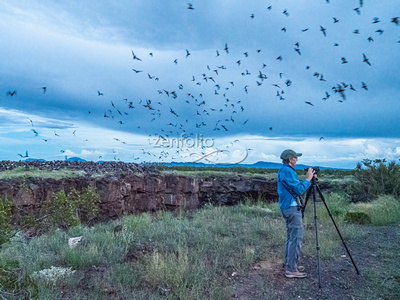 So, photographing Swainson’s hawks preying on bats was a bust but we experienced other photo ops during our two tours into the pristine grassland prairie of the Armendaris Ranch and the stay at Sierra Grande Lodge with its friendly staff was most enjoyable. Jane and I made a pact to return again to The Armendaris Ranch in the future to do more sightseeing in the area.  Of particular interest is a tour of the New Mexico Spaceport located not far from T or C and, of course, another chance to photograph Swainson’s hawks going after Mexican free-tailed bats. 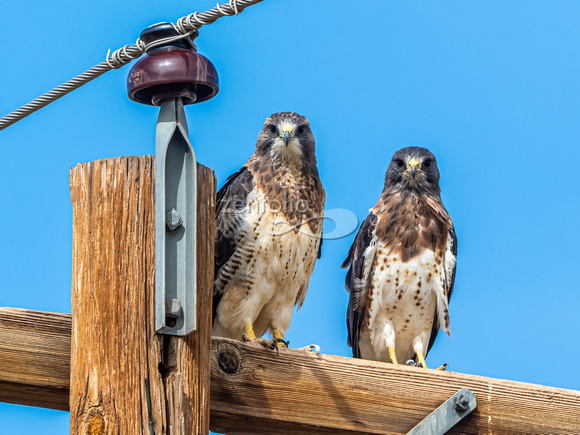