An excursion to the southern part of our new home state was a pre-covid idea that finally became a reality.  On April 15th, Jane and I embarked on a long delayed nine-day road trip to southern New Mexico.  We journeyed from Albuquerque to Silver City, in the southwest corner of New Mexico to Carlsbad in the southeast corner.  Along our route we observed how severely New Mexico’s drought has impacted the landscape.  Vast areas of open range had only sparse stands of drought tolerant creosote bushes with little other vegetation growing in the bare desert ground.

The primary destination for this exploration was Silver City in Grant County.  During my research I had learned about several rock art sites in the Silver City area that I wanted to photograph.  However, I was unable to find any specific directions on the internet to locate these sites.  The general information I did find would have me searching a vast area of desert terrain without any assurance of success.  Eventually I stumbled upon the web site for the Grant County Archaeological Society and contacted them to see if one of their members would be willing to guide me to the rock art sites.

In a favorable response, Kyle Meredith, the Society’s president, indicated that he would be willing to guide me.  After several email communications, Kyle and I had decided on an itinerary and time frame to visit several rock art sites.  Best of all, it turned out that Kyle had a guest house where we could stay during our Silver City tour.  We arranged to lodge in Kyle's guest house for five nights giving us four whole days for exploration.

On our way to Silver City, Jane and I first stopped at The Very Large Array, the National Radio Astronomy Observatory, located on the Plains of San Agustin, about 50 miles west of Socorro in central New Mexico.  This astronomical observatory consists of 27 radio antennas, each 82 feet in diameter.  The science about this facility is way, way over my head, but suffice it to say that the radio antennas can look into deep space and have enabled scientists to make many profound discoveries about the universe and our own Milky Way galaxy.  Due to covid the visitor center was closed but we could drive up to the gate and observe the antennas from the entrance road. 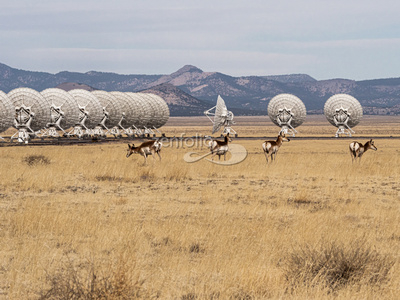 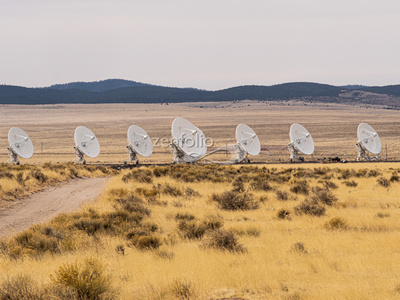 From The Very Large Array, we traversed along U.S. Highway 60 to New Mexico Highway 12 and on to U.S. Highway 180, the long way to Silver City.  We made a slight detour to check out an alleged ghost town.  In the late 1800’s rich gold and silver veins were discovered in the area leading to the establishment Mogollon (pronounced mo-gie-yon), a wild-west mining town.  In its heyday, Mogollon hosted a population of several thousand.  Today only a handful of people reside in Mogollon and most of its wooden and adobe buildings stand abandoned.  We did not linger long and continued to our next objective, the Catwalk National Recreational Trail. 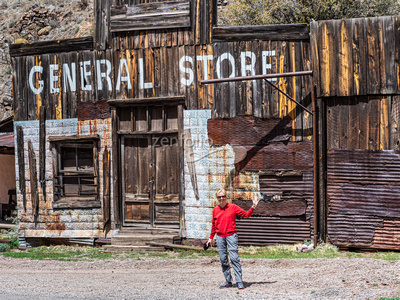 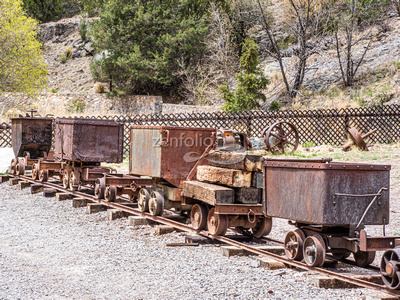 The Catwalk was something we just had to see since our route to Silver City went right by it.  In the 1890’s an ore processing mill was constructed at the head of Whitewater Canyon.  To generate power and operate the mill a water pipeline was constructed down Whitewater Canyon and a wooden-plank boardwalk, was constructed over the pipeline.  That was the original catwalk.  As the mines ran out and the mill fell into ruin, the catwalk also disintegrated.  In the 1930’s the Civilian Conservation Corps was assigned the task of rebuilding the catwalk as a recreational attraction for the Gila National Forest.  The CCC catwalk was destroyed by a major flood down Whitewater Canyon in 2012.  Today’s catwalk is a modern, structurally sound, steel reconstruction that is cantilevered out from the steep canyon cliffs over Whitewater Creek. 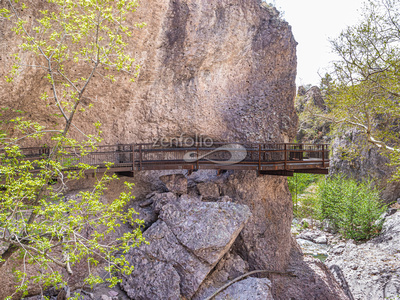 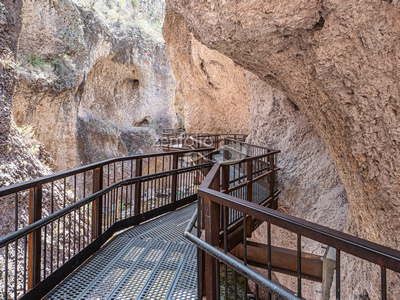 As we hiked back down Whitewater Canyon we noticed some lady birders with field glasses searching the distant trees for birds.  I could not help but ask what they had in their sights.  At the moment they were observing a yellow warbler but had recently seen an American dipper just downstream.  After getting directions to where the dipper had been seen Jane and I searched for it without success.  As we headed back to the parking lot, one of the birders called after us to say that the dipper was back.  We followed her back but I could not see the bird until she let me look through her binoculars.   Then I saw it but could not believe than an American dipper would be in this desert environment.  But there it was and I took several pictures.  Later, I checked the distribution of this bird and found that it is a year round resident in a few higher mountain locations in southern New Mexico. 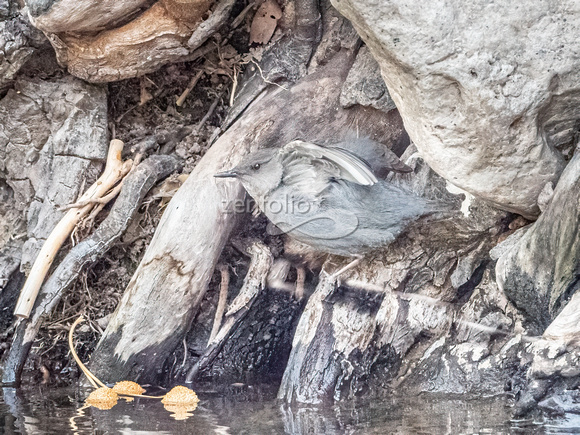 We arrived in Silver City around 5:00 PM where we met Kyle and were introduced to the guest house, Casa Otra, and to Kyle’s partner Josh.  Casa Otra was a comfortable, extensively modified, mobile home jam packed with a vast variety of knickknacks accumulated by Kyle and Josh over many years.  To welcome us, Kyle had prepared a chicken curry dish that the four of us enjoyed while getting to know each other. What a great way to start a four day exploration of the Silver City area. 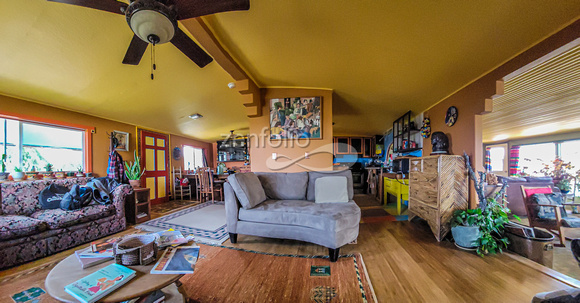 Our first outing was a day long trip to rock art locations in Frying Pan Canyon and Pony Hills in the remote China Draw area north of Deming.  Kyle and Josh had been out in these areas a number of times and they scouted ahead locating the best petroglyph panels for me to photograph.  It was at Pony Hills that Josh got the surprise of his life.  Leaning over one of several deep mortar holes ground into the bedrock by ancient people, he came face to face with a hissing rattle snake.  With an instant startled reaction, Josh bounded backward, high into the air, landing on a boulder several feet away.  Lucky for Josh he kept his balance but he was physically shaken by sight of the rattler. 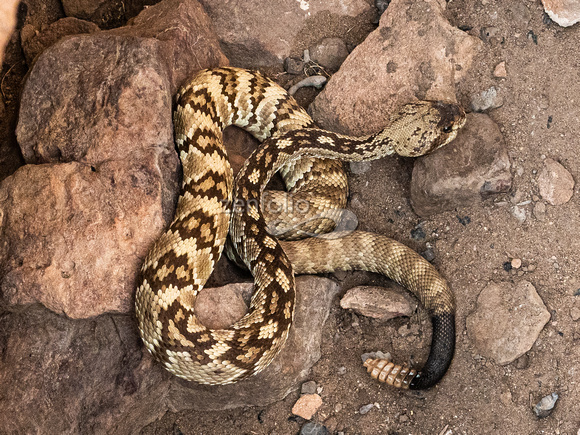 The next day was very windy so we decided to head north forty miles on Highway 15 to the Gila Cliff Dwellings National Monument.  These cliff dwellings were built in naturally eroded alcoves around 700 years ago by the Tularosa Mogollon people.  Due to covid social distancing restrictions, we could not enter the dwellings and could only photograph them from the trail below.  That was a bit disappointing but gives us reason to return post-covid.  I did not add any images from the Gila Cliff Dwellings National Monument to my galleries. 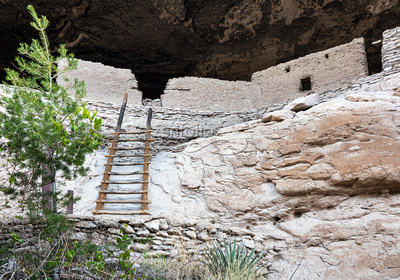 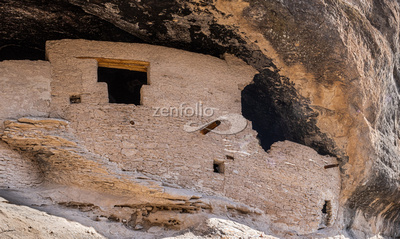 The following day was still windy and we decided to spend the morning roaming the galleries of Silver City’s Historic District.  Most galleries were open, with capacity restrictions, and we enjoyed the variety of arts and crafts displayed.  Of course, you can’t view all this creative work without some temptation to purchase and, needless to say, we gave in to that temptation.  Later in the afternoon we headed south on Highway 180 to New Mexico’s City of Rocks State Park.  The “city” is a geologic formation made up of large, eroded volcanic rock columns separated by trails mimicking city streets. Millions of years in the making, the City of Rocks was a fascinating place to visit and photograph.  Images from this “city” can be found in the State Parks gallery. 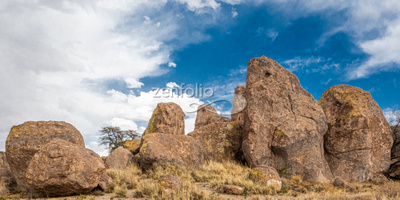 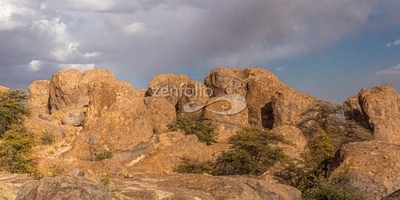 Our last day in Silver City was again devoted to rock art photography.  This time Kyle and Josh guided us to Apache Flats and Apache Tank north of Interstate 10 along Doña Ana County Road 001.  Although there are some historic Apache petroglyphs, most are attributed to the Mogollon culture, one of the major prehistoric cultures, who occupied this region of New Mexico for over twelve hundred years.  Jane and I concluded that without Kyle and Josh’s knowledge about where to find the petroglyph panels we would not have found them by ourselves.  We treated our hosts to a farewell dinner at the Little Toad Creek Brewery & Distillery where we savored some locally crafted brews.  The rock art images from this trip can be found in the Rock Art gallery. 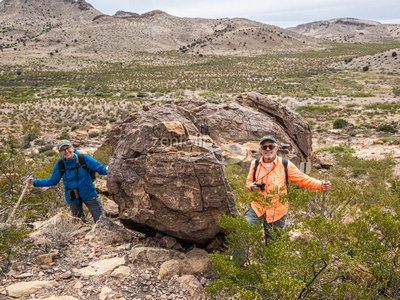 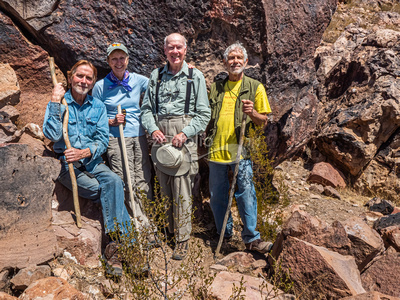 Carlsbad Cavern National Park was our next objective.  From Silver City, the drive to Carlsbad is a reasonable six hours.  We chose to break up the drive with lunch in Cloudcroft, a small pioneer village nestled in the pine trees of the Sacramento Mountains at an elevation of 8,700 feet.  Dave’s Café was the only choice in Cloudcroft, so we munched on a tasty lunch there and then browsed some of the gift stores where Jane was able to replenish her supply of bulk teas. 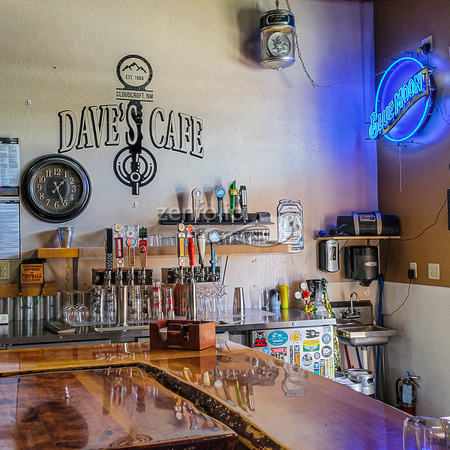 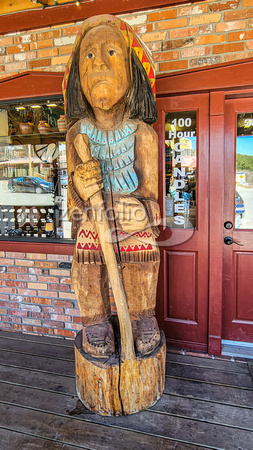 Historically, the city of Carlsbad had an agricultural economy with the Pecos River providing needed irrigation water.  Today, the city’s economy is boosted by oil and natural gas production from the Permian Basin that underlies southeastern New Mexico.  The famous Carlsbad Caverns are located about thirty minutes south of town and provide a substantial tourist trade.  Much of what you see driving the main drag into Carlsbad has an older, industrial look.  So, Jane and I decided to take a spin off the main highway and discovered some affluent neighborhoods with very large, beautiful homes along the Pecos River frontage.

The caverns are spectacular and worthy of national park status. Current restrictions required that time specific entrance tickets be obtained on a first come first served basis.  I got our timed tickets in advance, on line, before leaving home.  To ensure sufficient time for photography in the cave, I had purchased tickets for two separate days.  Jane joined me for the first day but opted out to relax instead in our Candlewood Suites hotel room the second day.  I had plenty of time to photograph because once in the cave you could stay as long as you wanted, up to closing time.  Getting good images in the dark cavern with only scattered accent lighting was difficult.  Fortunately, tripods were permitted in the cave and that allowed me to take long exposure as well as HDR (High Dynamic Range) shots.  Still, the results were not great.  You can see images from Carlsbad Caverns in the National Parks & Monuments gallery. 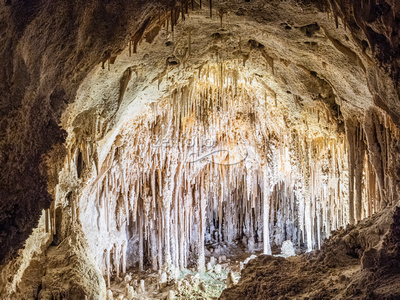 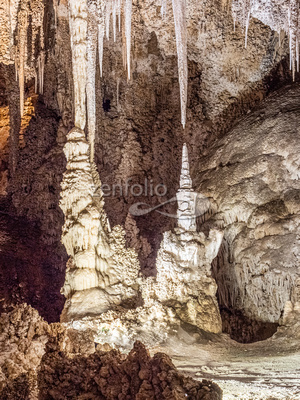 Before leaving Carlsbad, we made the one hour drive to Sitting Bull Falls.  The waterfalls and pools in this, U.S. Forest Service managed, recreation area are fed by springs and are a very popular attraction during the heat of summer.  In contrast, we were the only visitors in late April and I was able to photograph the falls without having to dodge kids playing in the pools.  The Sitting Bull Recreation Area is located in the Guadalupe Mountains area of the Lincoln National Forest. 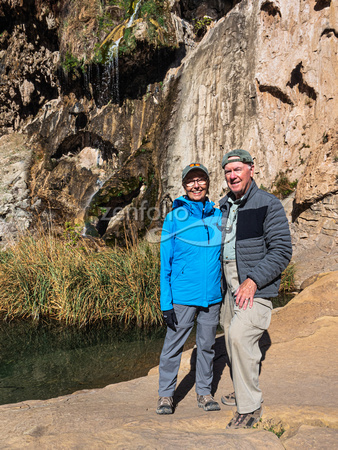 After breakfast it was Jane’s turn at the wheel and she had to buck strong head winds most of the way home.  We reached the house around 1:00 PM and by 1:30 Jane was soaking in a hot bubble bath.  Sorry, no pictures.