Above the Arctic Circle

The best way to start this blog is to be upfront and just say that the weather was challenging.  Our trip Above the Arctic Circle was a long one and as is usually the case, the adventure started out very innocently.  A fellow member of the Photo-Naturalists Camera Club had shown me images of a very unique and unusual bird, known as a ruff, he had photographed in Norway.  I was very impressed with the photographs and thought that I would also like to get images of these very picturesque birds.  So I asked Neil if he would ever consider going back to Norway for another chance to photograph these birds.  Neil didn’t hesitate one second in providing an affirmative response.  And that is how it all started, very innocently. 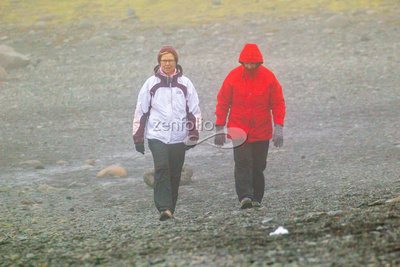 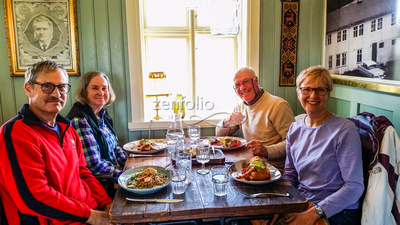 Working out the logistics for this excursion above the Arctic Circle took time and careful consideration.  As options for flying to Norway were evaluated, it was decided to use Iceland Air because this airline offered a seven day stay-over in Iceland on any ticket from the U.S. to Europe.  We liked the idea of spending time photographing Iceland’s famous waterfalls and landscape on our way to Norway.  So we enthusiastically added a week to the duration of the trip. 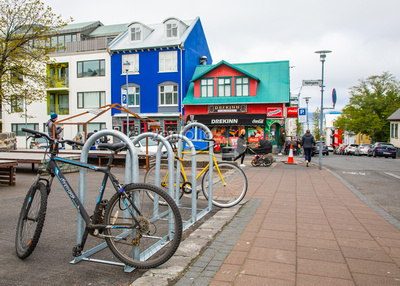 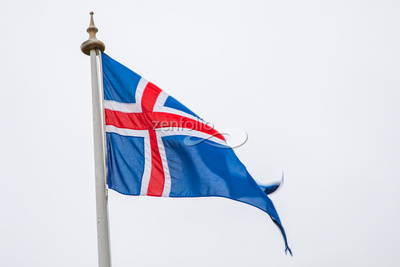 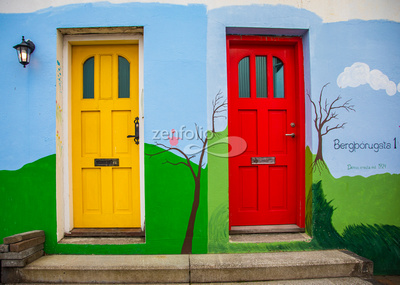 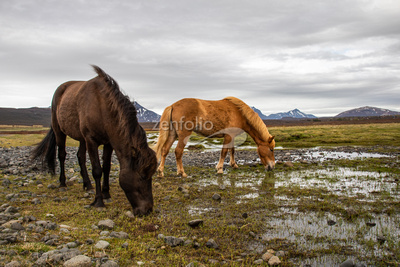 Jane and I were aware of a ferry system that serviced the inaccessible villages along Norway’s northern coast.  In the past, this ferry service was the only lifeline to these remote fishing villages that dot the Norwegian coast.  Today, there are roads, bridges, tunnels and minor airports to support these small communities.  The ferry system still exists, but it has become primarily a tourist attraction and has turned into a lucrative cruise business.  Jane, during her trip research, found that the northern terminus of this ferry/cruise voyage was Kirkenes, the very town where we were going to be photographing.  It didn’t take us long to decide to add the voyage from Kirkenes to Bergen onto our itinerary, adding yet another week to our trip.  So this trip that started out so innocently to photograph the ruff in northern Norway had become a month long excursion. 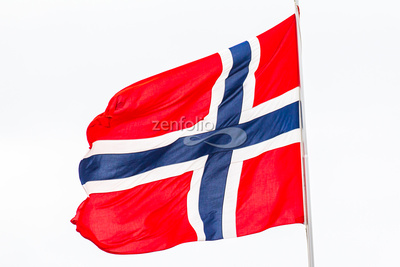 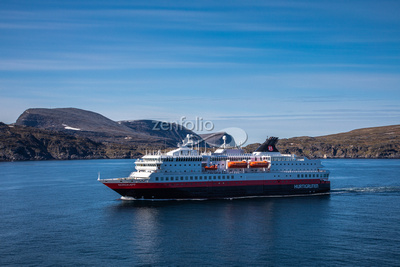 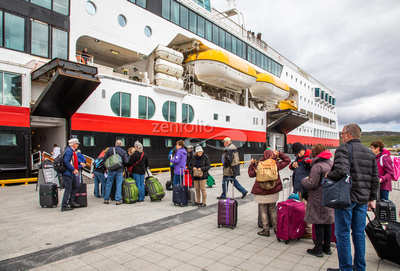 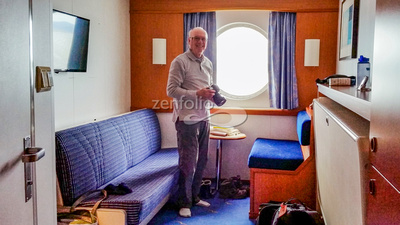 Now that you know the innocent genesis of this photographic sojourn, let me get to the challenging weather.  Our primary objective was photography and photography, in general, requires reasonably good weather conditions.  Instead, throughout the trip in Iceland, Norway and on the cruise, we encountered very challenging conditions, including heavy overcast skies, high winds, rain, hail, freezing temperatures and snow.  But let me not cast a negative aura over this adventure, which was, in fact, most exciting with lots of new experiences.  Just to see and photograph the ruff was sufficient reward for all the weather challenges we encountered. 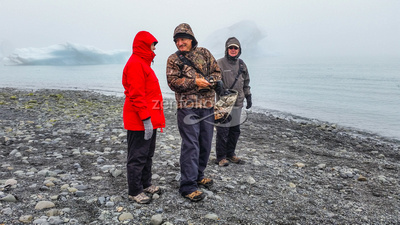 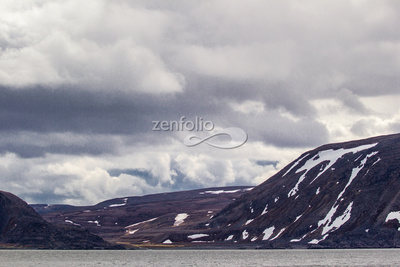 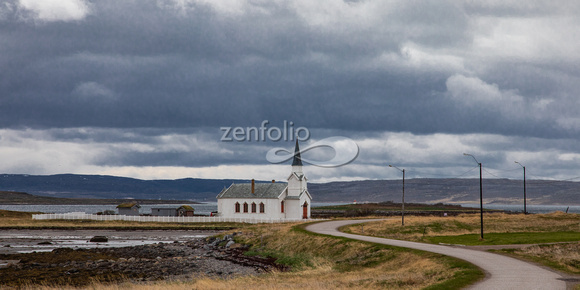 The ruff is a smallish shorebird related to sandpipers.  It winters throughout much of Africa and comes to northern Eurasia, including the northern most areas of Norway, to breed in spring.  The male’s breeding plumage is extraordinary.  This extravagant plumage includes feathered head tufts, orange facial skin, and an elaborate array of feathers that create an ornamental ruff around its shoulders similar to those worn by nobility in the seventeenth century.  It is truly a bazaar and wondrous sight to behold.  We photographed the ruff from a blind at a lek where the males meet to show off their colorful costumes and compete for the opportunity to mate. 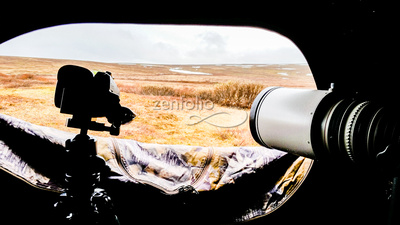 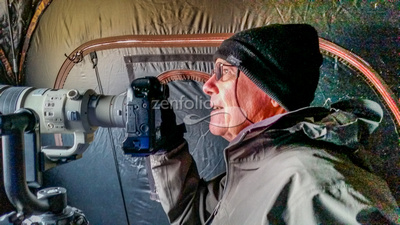 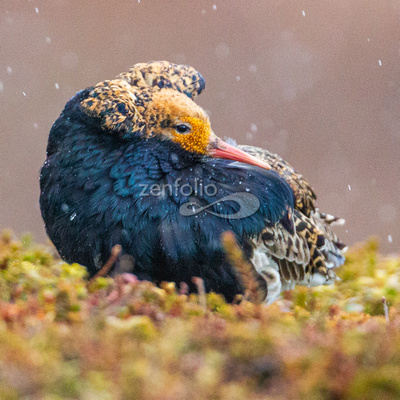 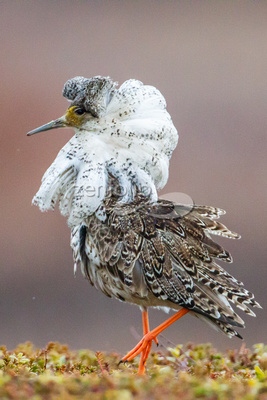 Regardless of the challenges of weather, we had some great and marvelous experiences photographing.  In Iceland we happened upon a large arctic tern breeding colony.  Although Jane and I have seen these amazing migratory birds before, we had never seen so many, so close and totally involved in the breeding process.  Also in Iceland, we photographed at a wetland preserve where we found a variety of birds including the very beautiful red-throated loon.  And, of course, we did find and photograph waterfalls during breaks in the weather. 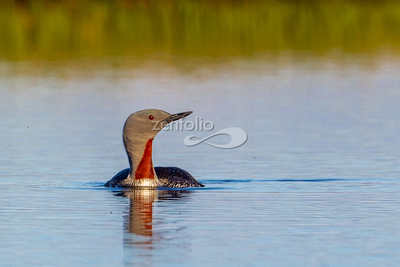 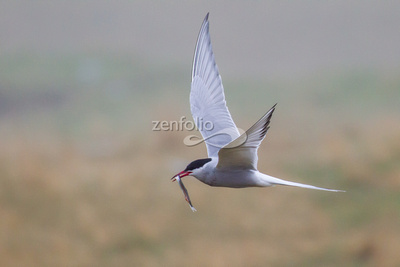 Above the Arctic Circle, in northern most Norway, the bird photography was awesome.  Neil had done his research well and we visited several sea cliffs hosting colonies of gannets, puffins, kittywakes, cormorants, razorbills, and a variety of guillemots.  Song birds were also sought out and one of the most difficult to locate and photograph was the bluethroat, a small, colorful bird in the flycatcher family.  Driving to and fro our bird photography locations, I was able to get in some memory shots of the Norwegian country side. 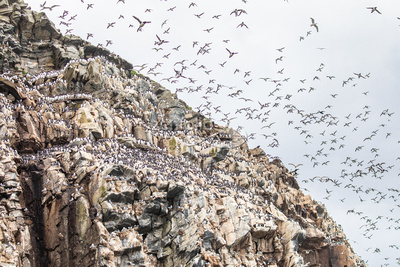 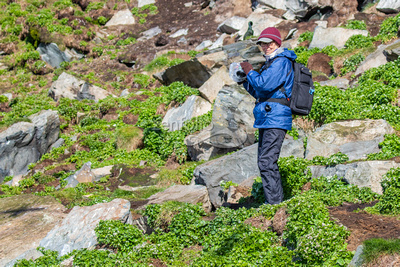 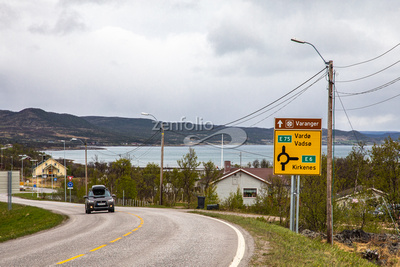 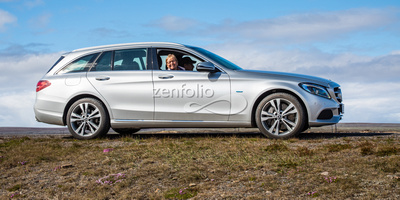 Our cruise from Kirkenes to Bergen was a singular adventure of its own.  The ship was very nice and the cabin compared favorably to those of cruises we had taken to the Arctic and Antarctic.  I tried very hard to obtain “keeper” shots of the various fjords we traversed but mostly the weather did not cooperate.  In fact, the captain presented us with a certificate authenticating that we had survived a summer arctic storm of hurricane proportion with 30 foot waves and wind gusts approaching 100 miles per hour.  Do I need to say more about the weather? 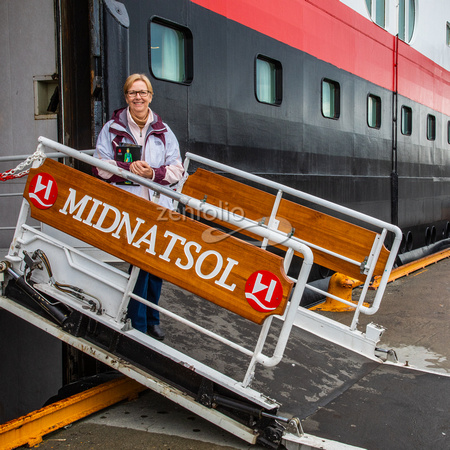 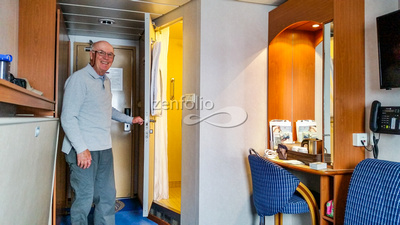 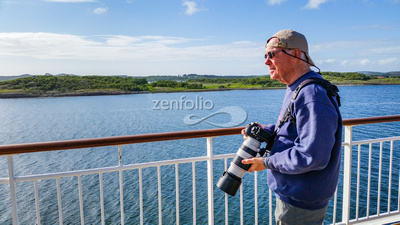 I'm still working on titles for the pictures, but in the meantime images of this month long adventure Above the Arctic Circle can be found in the Europe Gallery under Iceland and Norway.