If it is April, it must be spring break time.  And where does one go for spring break?  Florida of course!  That is exactly what the three of us did.  The three of us being Jane and me plus our photo buddy Bruce Hollingsworth.  We flew from San Diego to Miami for three weeks of bird photography and some sightseeing in the Sunshine State.

A quick recap of the itinerary goes something like this: three days in the southern portion of Everglades National Park; three days in Naples to photograph at the Audubon’s Corkscrew Swamp Sanctuary, J.N. “Ding” Darling National Wildlife Refuge, and the Big Cypress National Reserve; then three days in Bradenton to photograph at a small mangrove island rookery in the Braden River, stopping in Venice on the way to visit the Audubon’s Venice Rookery; some touristy stuff followed with a two-day visit to the Kennedy Space Center on Cape Canaveral; a quick tour of Merritt Island Wildlife Refuge and then four days in Sebastian to photograph osprey at Blue Cypress Lake, snail kites at Lake Kissimmee, and other birds at a small mangrove island at the end of the Fellsmere Grade Road, near Stick Marsh. 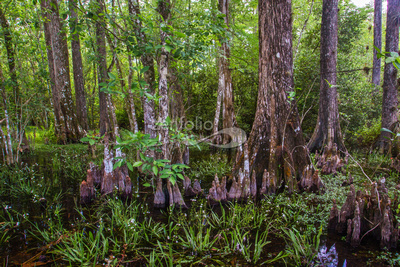 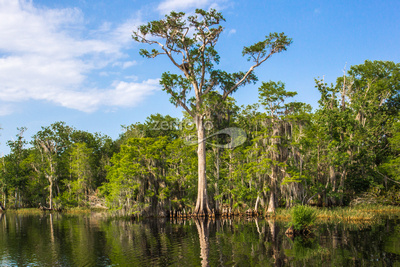 Yes, we did have time for lunch and dinner.  Not so much breakfast, however, as we were on the road at dawn each morning to get that sweet early light.  Jane had done a superb job in arranging our VRBO accommodations.  There was plenty of space at each location for us to hang out and relax after our exhausting days.  Bruce is a bit of a gourmet cook and we let him practice his art at preparing some great dinners for us. 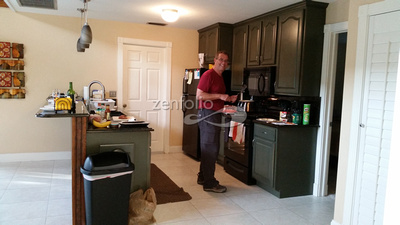 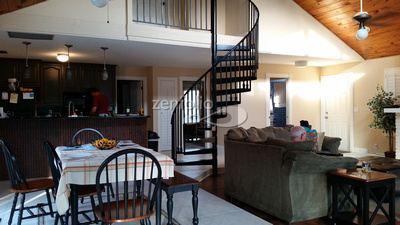 The photography started out a little slow, actually.  Turns out that the El Nino storms that should have come to San Diego may have ended up in Florida.  Florida reportedly had the wettest winter in decades.  All that rain water, on the flat terrain, ended up flowing south to the Everglades.  That in turn made it possible for birds to forage and feed throughout the park, as opposed to a few “water holes” during a normal dry winter.  We were very disappointed as all park rangers and local birders told us “you should have been here last year”.  We did get a few good shots in the Everglades, including some interesting shots of baby alligators. 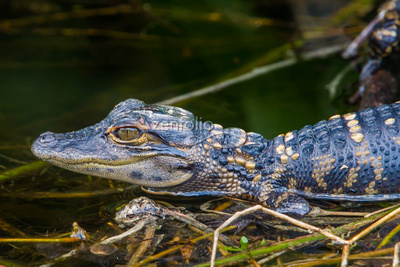 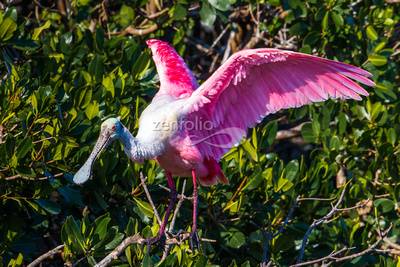 Photography opportunities improved as we traveled north.  Shooting at the J.N. “Ding” Darling National Wildlife Refuge on Sanibel Island was a turning point with a higher number of birds, although still less than during a normal dry winter.  Although the birds were not as plentiful, the no-see-ums were out in force.  Even though we were lathered up with repellent, we all ended up with numerous bites that turned into nasty pocks.  Non-the-less, we were able to enjoy the antics of a reddish egret as it danced around with spread wings to spot and catch its meal. 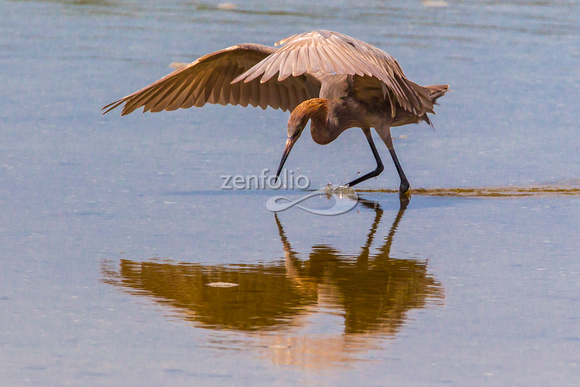 The Corkscrew Swamp Sanctuary was also disappointing.  The Audubon volunteers were very apologetic and directed us to the most likely locations to photograph birds.  One bright spot were the feeders just outside the visitor center.  There both the painted and indigo buntings posed for pictures.  It also turned out to be the only location where we were able to catch a little blue heron in conditions suitable for photography. 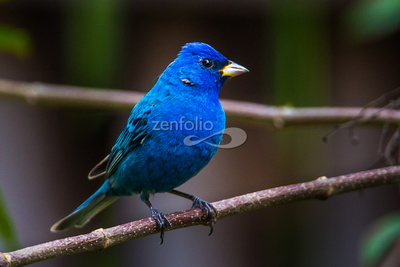 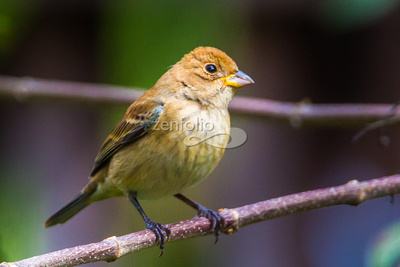 On the way to Bradenton, we stopped at the Venice Rookery administered by the Venice Area Audubon Society.  The rookery is situated on a small mangrove island in a small lake in the middle of an urbanized area.  The birds did not seem to mind to the hustle and bustle of commercial and residential developments around them.  Here we got our first real opportunity to see and photograph Florida’s famous bird population at a rookery.  There were egrets, heron, spoonbill, and ibis nesting on the small island, many with chicks. 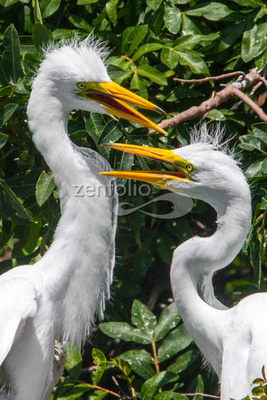 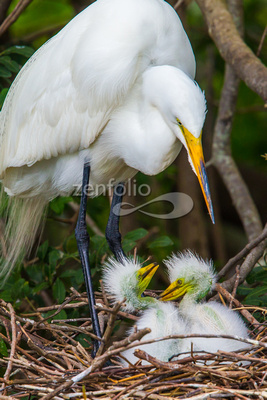 In Bradenton, we had arranged three photography charters with Captain Bob Salyers (www.bobsalyers.com) on his photography friendly boat at a mangrove island rookery in the Braden River.  That also turned out exceptionally well with lots of birds in the air, on the nest, preening and courting.  In particular, the courtship and breeding behavior of the wood storks was intriguing and fascinating to observe.  While other birds were already raising their young, the storks were still engaged in their intimate mating ritual. 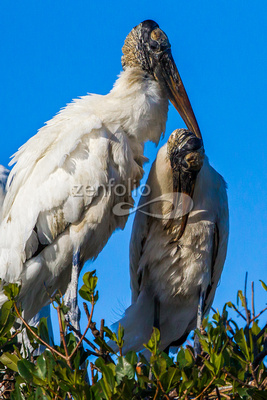 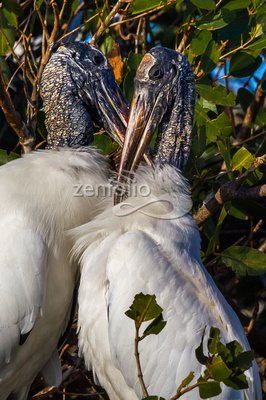 We next traveled to Cape Canaveral and the Kennedy Space Center.  There we spend a couple of fun days touring the space center and reminiscing about the space age and man walking on the moon.  Jane had arranged for special tour tickets in advance, so we did not have to stand in long lines to get into the visitor center.  All three of us were impressed with the quality of exhibits, displays, and tours.  One of our tours included a visit to the actual control center that got the shuttle missions into the air. 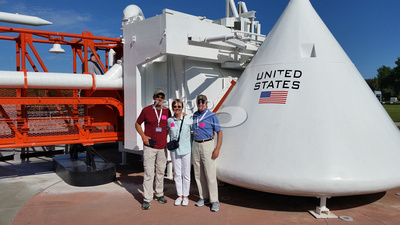 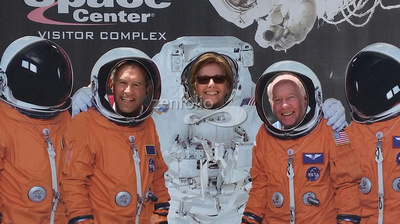 Our next, and final, stop on this Florida expedition was Sebastian where we had arranged for four days of charters with Whistling Wings Photography (www.whistlingwingsphotography.com).   Before leaving Cape Canaveral, however, we made a slight detour to photograph at the U.S. Fish and Wildlife Service’s Merritt Island National Wildlife Refuge.  Early in the morning of our visit, on the Black Point Wildlife Drive, there was no wind and water on the adjacent ponds was still and dark.  These conditions made for some very strong reflection shots, especially of a reddish egret foraging on the pond. 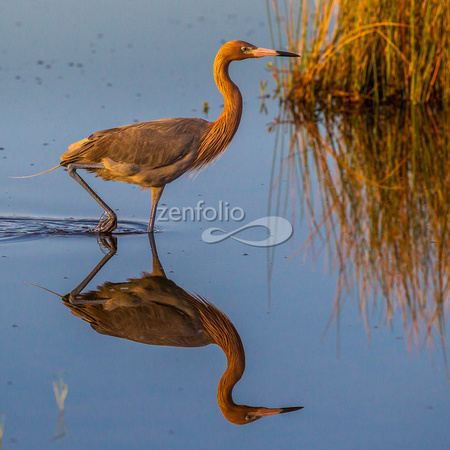 From Sebastian, Ron Bielefeld, of Whistling Wings Photography, took us to some very interesting locations to photograph from his boat.  We made several trips to Blue Cypress Lake, home to hundreds of nesting osprey.  He also guided us to Lake Kissimmee, about an hour and half from Sebastian, to photograph the endangered snail kite.  My understanding is that only a few hundred breeding pairs of these birds are left in the U.S.  At Lake Kissimmee, where we photographed the kites, Ron estimated that there were only about six or ten pair.  Since the number of birds hunting for snails was small, our “keeper” rate was commensurately low, and most of the birds were female.  I had my heart set on some great in-flight shots of the slate-blue males.  But that was not to be.  The birds kept too far from the boat for good in-flight shots and even the perched birds were just out of range for full frame images.  We also photographed at a rookery on small mangrove island at the end of the Fellsmere Grade Road, near Stick Marsh.  That provided another opportunity to find birds on nests with eggs and young. 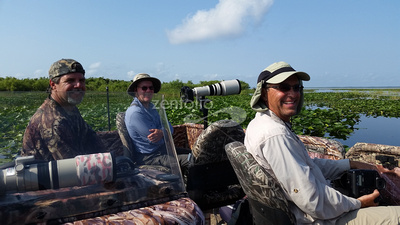 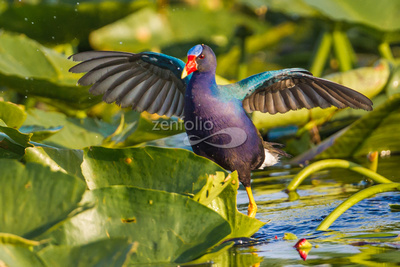 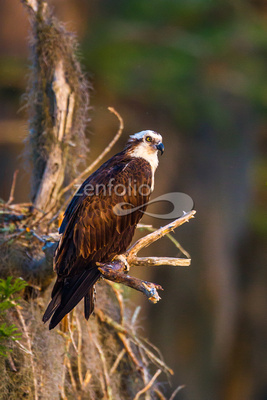 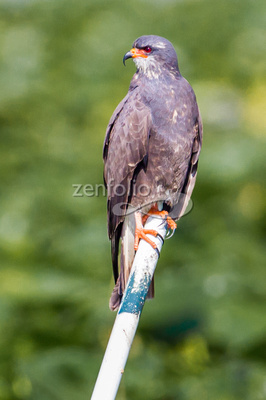 From Sebastian we traveled back to Miami to end our birding journey to Florida.  We choose Highway 1 in order to do some sightseeing along the way, traveling through Palm Beach, Fort Lauderdale, and Hollywood on our way to the Miami airport.  We were in awe with the number of high rise condos and resorts along the way.  It was enough to convince us that Florida was not the place for us, even though there is a Walgreen or CVS drug store on nearly every corner.

Images from this trip our located in the Florida Birding gallery.  Enjoy!