I don’t know about other photographers, but I am always impressed with special, unique images that I also want to have in my portfolio.  In that sense, you could call me an “iconic image” chaser.  One of those iconic images is Horsetail Fall in Yosemite National Park.  When evening sunlight illuminates the 3,000 foot high granite monolith called El Capitan, yellow and orange light is reflected back into the falling water of Horsetail Fall mimicking a lava flow.  That special condition can only occur when three natural elements come together.  First, the sun has to be in the proper location on the horizon.  That only occurs twice a year, once for about two weeks in February and again in October as the sun cycles through the seasons.  The sun's position is highly predictable.  What is not predictable is if the sky will be clear of overcast or clouds that block sunlight from reaching El Capitan.  So, the second condition is a clear sky.  The final condition is that there has to be water flowing off El Capitan to create Horsetail Fall.  Normally that only occurs in February when winter snow melt creates the waterfall.  In October the ephemeral flow does not occur. 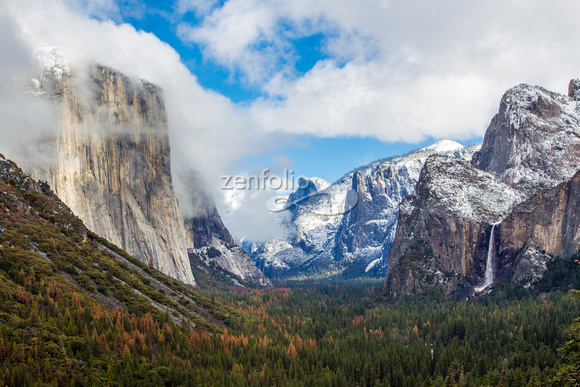 Last year I was gung ho to photograph the “fire fall” and made reservations to stay in Yosemite National Park for several days during February when Horsetail Fall would light up.  It was a disappointing venture.  Due to the continuing drought in California, there was no water flowing from the small watershed atop El Capitan to create the fire fall.  With double the enthusiasm, I traveled to Yosemite again this February to chase the iconic image of Horsetail Fall on fire.  I had called a Park Ranger ahead of time and knew that water was flowing in Horsetail Fall.  With reassurance that the critical element of water was present, I had only to hope that the sun would not be obscured by clouds. 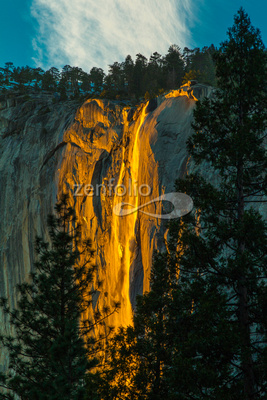 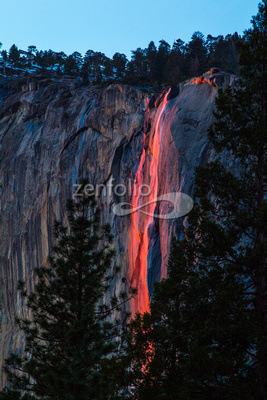 Well, lucky me, for two of the four evenings that I was in position to take my iconic shot, all the elements worked in my favor.  I was at the right place, at the right time, the sky was clear and Horsetail Fall flowed like lava.  It was a very special feeling to see this unique, natural phenomenon let alone photograph it.  But let me also mention, that I was certainly not the only one experiencing this rare event.  There were throngs of photographers and onlookers.  To be set up at a location from which the waterfall could be photographed required an arrival at least three hours before sunset.  I brought a sandwich and folding chair to await the golden hour and got my iconic shot.  Images of the fire fall are located in the National Park gallery under Yosemite National Park. 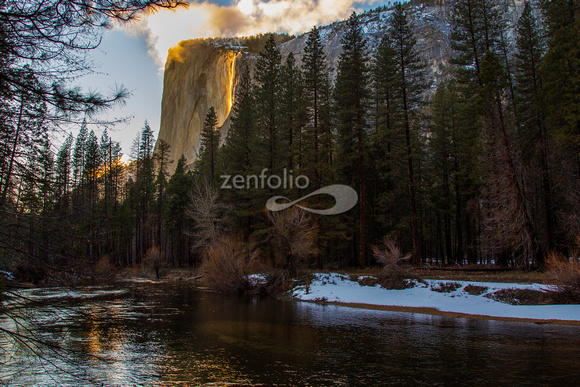 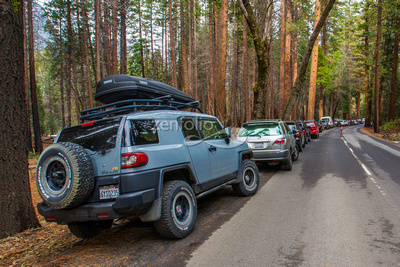 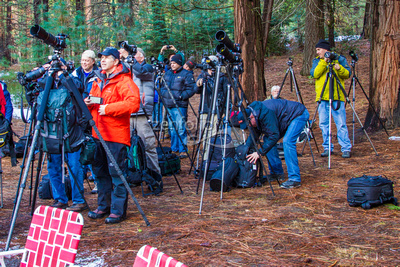