Our travels for 2022 started in February with a fantastic private photo adventure of Costa Rica that exceeded expectations (See previous Blog).  This spring, our travels continued first with an attempt to escape Albuquerque’s cold weather followed by a trip to actually embrace the cold.  In mid-March we ventured south hoping for warmer temperatures. That did not happen but the conditions were much better than in Albuquerque where it snowed while we were gone.  One of our “Friday Happy Hour” neighbors, Jim Barnes, had gone out after the snowstorm to take some pictures around the neighborhood, including one of our house. 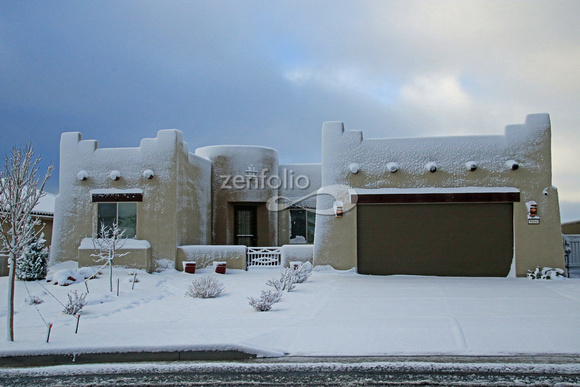 The objective of our trip south was to photograph spring wildflowers at various locations.  Unfortunately the continuing drought in the southwest spoiled that. We did stumble upon some early blooming trees that were host to swarming pipevine swallowtail butterflies feeding on the blossom’s nectar.  During our random motoring along country roads we were also able to photograph some unidentified flowers growing along the shoulders of the road along with some birds and a field of cultivated bright yellow flowers that we assumed to be rapeseed.  So, all was not in vain for this short trip south. 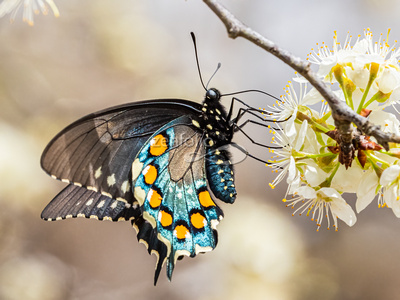 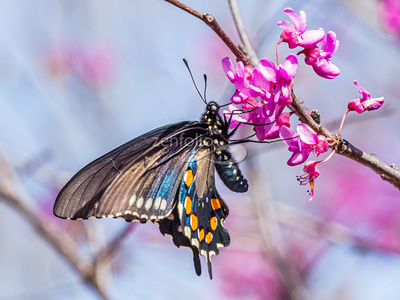 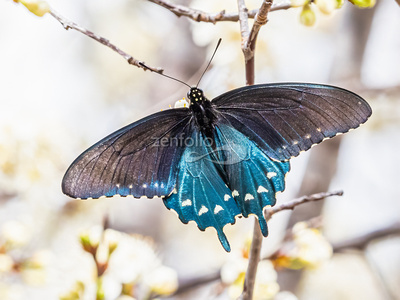 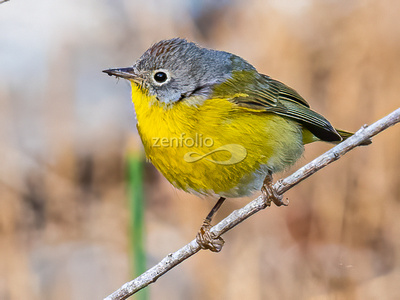 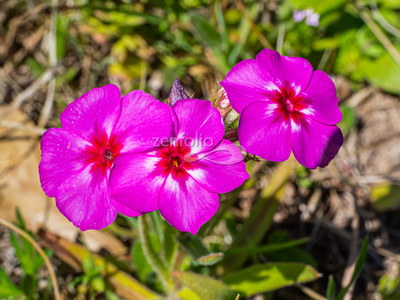 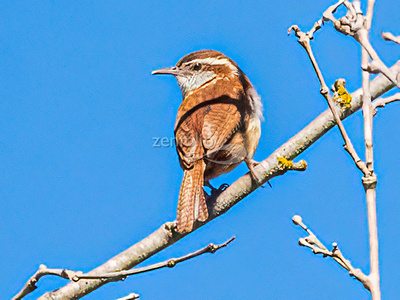 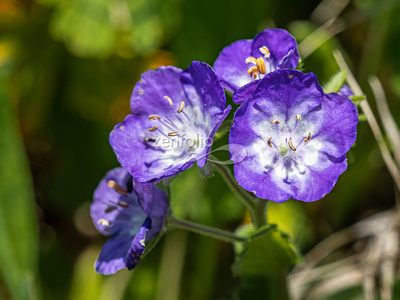 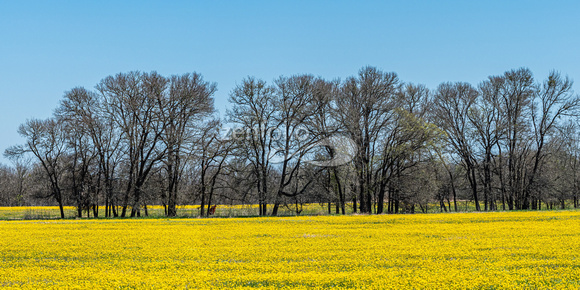 Continuing our Spring 2022 travels, in early-April, Jane and I ventured to Fairbanks, Alaska, to observe and photograph the Aurora Borealis. We knew it would be cold and it was very cold.  Fairbanks had endured more snowfall this winter than it had for several decades and massive drifts of snow had been plowed along sides of the roads.  I had signed us up for three consecutive nights of aurora watching. As it turned out I did not need the “insurance policy” of three tours as we watched in awe at the spectacular display of the aurora each night.

For three consecutive nights, the routine went like this.  Dinner around six (fortunately there were several restaurants to select from around our hotel, including a Japanese restaurant where we had dinner several nights), then back to the hotel where we would receive an email around seven each night letting us know at what time we would be picked up by the tour guide.  The pickup time was usually sometime just before ten o’clock.  We would grab a short snooze between seven and nine each night before bundling up in our cold weather gear.  And bundle up we did with multiple layers of warm clothing topped with heavy parkas and chemical warmers in our gloves and boots.

Each night there were ten clients in the van heading out for the aurora.  Before starting, our guide would check the weather cams located around Fairbanks to find where there were clear skies.  Then we would set out driving about sixty miles or so out of town where there was no light pollution from Fairbanks.  The aurora is most vivid when the night is darkest and that was normally around one to two in the morning.  At that time, with clear skies, temperatures ranged from 5 to 10 degrees Fahrenheit making us very happy with our extreme attire.  We would get back to the hotel close to 4 AM each morning where we would unbundle ourselves and crawl into bed. 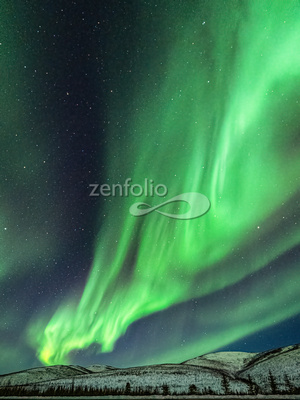 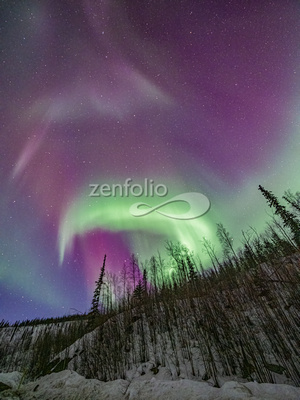 Jane and I rated this trip a most definite success.  Images from the trip have been added to the Aurora Borealis gallery.