Trogon’s Photo Tour started in Cairns, Queensland.  We met our tour leaders, Kylie and Frank Pankas as well as our fellow photographer Rich Frank on Sunday evening, October 23rd.  Jane and I had arrived in Cairns two days earlier and had already taken the scenic train ride to the quaint artisan village of Kuranda.  There we had our picture taken holding a soft, cuddly koala.  We had also taken a helicopter flight over the Great Barrier Reef and the rain forest around Kuranda. 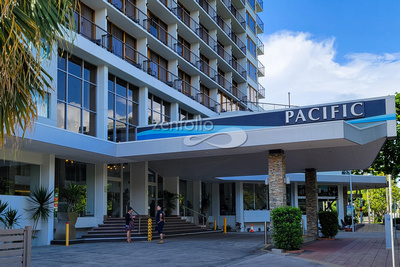 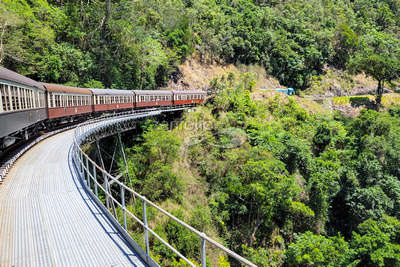 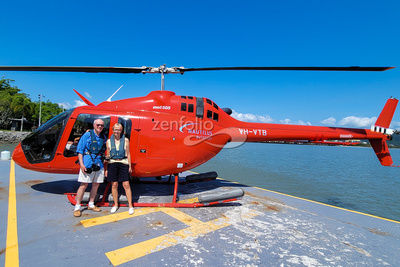 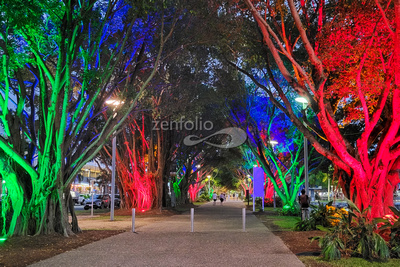 Michaelmas Cay, a small, low, sandy island located some 20 miles east of Cairns, along the Great Barrier Reef, was our first photo destination.  This tiny little spec of sand hosts thousands of breading seabirds.  We were ferried to the islet from our excursion boat and spent an hour or so photographing Brown Boobies, Lesser Frigatebirds, Crested Terns, and the Brown Noddy.  Snorkeling was included as part of our morning’s sail to the Barrier Reef. 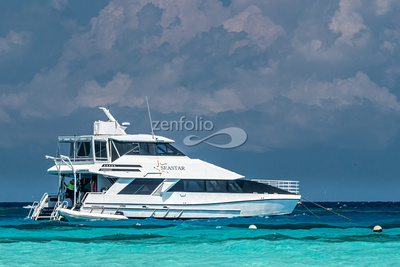 Next morning the five of us were out early looking for birds to photograph around Cairns.  Trogon’s Photo Tour was very much a birding tour as we searched for birds at the Centenary Lakes, Cairns Botanical Garden, and Flecker Botanical Garden without much success.  By mid-morning, we were on our way, through the farming district of Dimbulah on the Atherton Tableland of Queensland, to Ironbark House.  This very comfortable holiday house was totally “off the grid”, with its own solar power and harvested rainwater.  The accommodation was new, well appointed, with a modern flair.  A small water feature off the back patio provided some good photo opportunities. Kevin and Rachael, proprietors of this 1,345 acre remote “outback” property, were outstanding hosts.  Each morning Kevin would drive us around the property looking for birds and rock wallabies to photograph.  Each evening Rachael and Kevin would provide us with a delectable dinner, family style, served on the patio.  Afternoons were spent at the Black Swan Farm, a nearby accommodation where Kylie and Frank stayed.  Black Swan Farm was “on the grid” and Jane and I enjoyed air conditioned naps there.  At Black Swan Farm, I was attracted to some very noisy, distant bird calls.  I searched for the origin of this noise and found a small group of  Sarus Cranes, in a nearby pasture, squabbling among themselves. 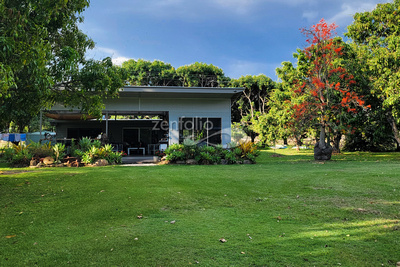 Ironbark House was a very comfortable stay for three nights after which we were off again for two nights at the Chambers Wildlife Rainforest Lodge.  This turned out to be a typical accommodation set in the thick of the rain forest where a boisterous catbird kept our interest.  There not being much to photograph on the grounds of the lodge, we ventured out to find more productive photo areas.  The small village of Yungaburra provided some good photo opportunities including a platypus sighting along Peterson Creek.  Some new bird species were found in the Hasties Swamp area.  Curtain Fig National Park turned out to be very interesting.  The Park has a fig tree with extensive aerial roots that drop nearly fifty feet to the forest floor creating a dense “curtain”.  We finished our stay at Chambers with some night photography of a sugar glider, a small nocturnal marsupial, that feeds on tree sap. 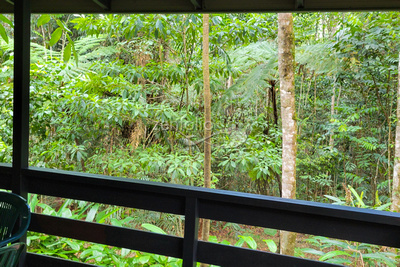 Kingfisher Park Birdwatchers Lodge in Julatten was our next destination.  We were on the road by 7:00 AM stopping at Mount Hypipamee National Park to search for a Cassowary, a large flightless bird, but without success.  Lunch was at Mount Molloy Café a Mexican establishment where Frank ordered a hamburger with “the lot” that included everything that could be stacked on a burger.  We reached the Kingfisher in time to do some afternoon bird photography before heading for dinner at the National Hotel & Pub in Mount Molloy. 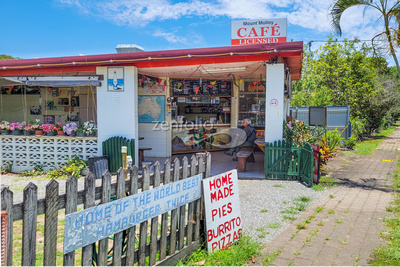 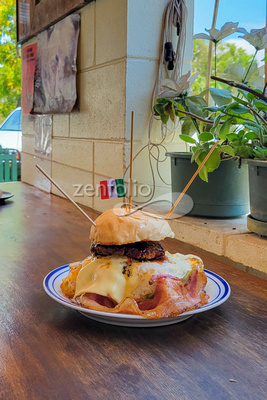 The Buff Breasted Paradise Kingfisher is the iconic bird that nests on the Lodge grounds.  The bird migrates from Papua New Guinea and had arrived at the Lodge in time for us to photograph this colorful Kingfisher.  Carol Iles, our owner of the lodge, told us that somewhere during the migration from Papua New Guinea the Buff Breasted Paradise Kingfisher had lost its long signature tail feathers.  So, my picture of the bird is sans tail feathers.  Carol was very helpful and told us about a couple of other birding hot spots, Brooklyn Village caravan park where we found a Tawny Frogmouth on its nest with a chick, and a ranch area where we found a male Australian Bustard exhibiting its mating display. After two nights at the Kingfisher Park Birdwatchers Lodge we were on the road again back to Cairns for a flight to Brisbane and drive to O’Reilly’s Rainforest Retreat.  O’Reilly’s was a busy place with lots of guests and a myriad of activities.  Although we hiked many of the trails looking for birds, most birds hung out right by the entrance to reception where you could buy wild bird seed and feed the birds.  Parrots, Bowerbirds, and Cockatoos were all over you once you had seed in your hand.  Our last day at O’Reilly’s was charmed when we found a Paradise Riflebird, female Australian Logrunner and Albert’s Lyrebird all on the same trail. 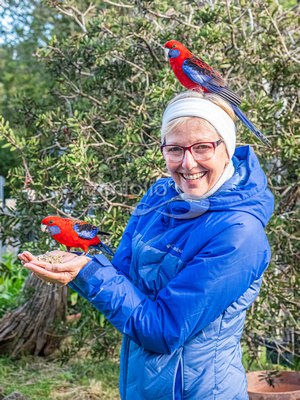 The last two nights of the Trogon Photo Tour were spent at the unimpressive Shangri-La Gardens in Wynnum, a suburb of Brisbane.  Kylie and Frank did their best to find us some birds to photograph, but it was slim pickings.  We lunched at the Pelican’s Nest Café where Frank assured me again that I would get to photograph flying foxes (large fruit bats).  Sure enough, a short drive from the Pelican’s Nest Café, Frank drove us through some neighborhoods to a Black Flying Fox roost with dozens of the large bats hanging from tree branches. 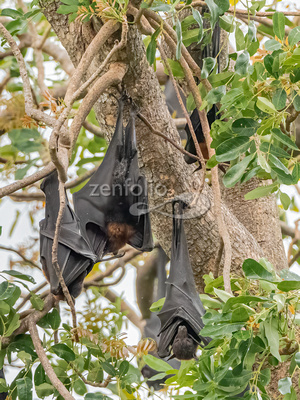 We celebrated the end of our Trogon Photo Tour with a delicious seafood dinner at the lively Manly Boathouse Restaurant with its great view of Moreton Bay.  Early next morning, Sunday, November 6th, forty-one days after leaving home, Frank shuttled us to Brisbane Airport for our flight to Hobart, Tasmania.

NOTE:  Bird photographs can be found on the Home Page – Bird Gallery – Birds of Australia