Our Australian journey started in Albuquerque on Sunday, September 25th with a neighbor giving us a ride to the airport.  We arrived in Sydney early on Tuesday morning September 27th, having lost a day crossing the International Date Line.  Sydney was our home for a week.  We had arrived two days early for the Victor Emanuel Nature Tour (Chapter 1) and had five days in Sydney before the start of the Trogon Photo Tour (Chapter 3).

Upon arrival to this dynamic, cosmopolitan city, we stayed at the Pullman Hotel on College Street across from Hyde Park.  Located in Sydney’s central core, the Pullman, with great views from the rooftop, was a great home base for our exploration of the City.  We were in walking distance of the city’s major attraction, the Sydney Opera House.  And, walk we did! 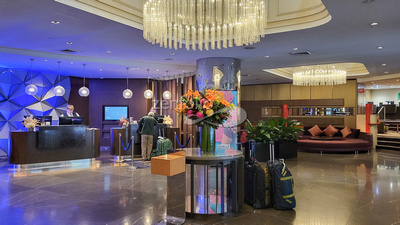 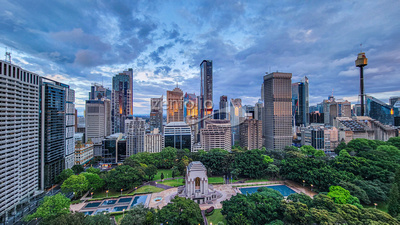 Our flight from Los Angeles had arrived too early in the morning for us to check in at the Pullman.  So, that very first morning in Sydney, we parked our luggage at the hotel and, with street map in hand, started our explorations.  Quickly, we got our bearings, learned to stay left and with Jane’s excellent navigating skill stayed on course.  We found a convenience store adjacent the hotel where we could stock up on bottled water and a wine shop around the corner so we could enjoy a glass of chardonnay to relax in the evenings. 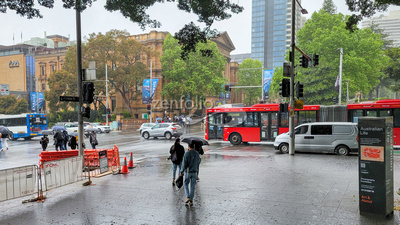 The initial couple of days in Sydney were spent getting familiar with the area.  We found that College Street provided convenient access to the Australian Museum, St. Mary’s Cathedral, Hyde Park Barracks, the old Mint, New South Wales Parliament House, and the State Library.  The hustle and bustle of the Central Business District was only a short walk further as were the opera house and Royal Botanic Garden.  Hyde Park, across the street from the Pullman proved a convenient short cut when returning from our forays. 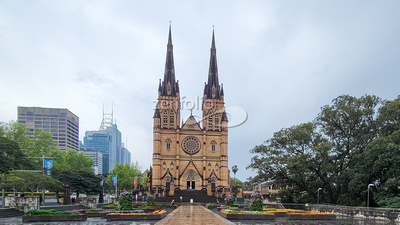 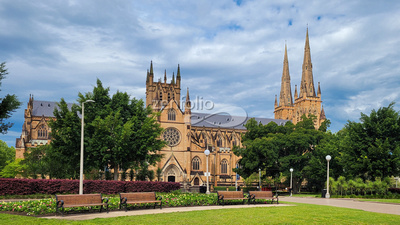 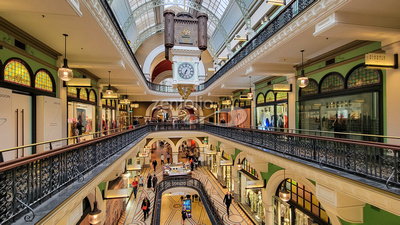 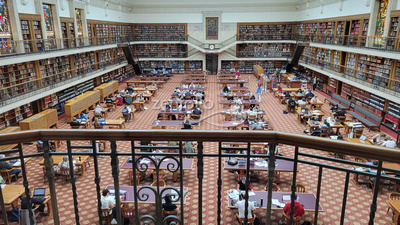 When we returned to the City after completing the Victor Emanuel Nature Tour, we stayed at the five-star Sir Stamford Hotel at Circular Quay.  We splurged a bit staying at the Sir Stamford but the location was perfect, right on Macquarie Street across from the Royal Botanic Garden and only a ten minute walk from the opera house.  The Sydney Opera House is a spectacular architectural venue and we spend quite a bit of time visiting the area.  We viewed the opera house from Circular Quay, from the Royal Botanic Garden, and from ferries crossing Sydney Harbor. 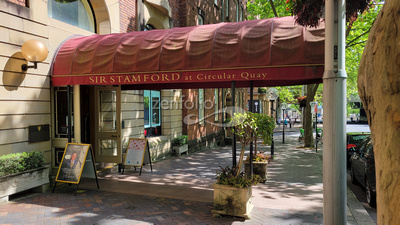 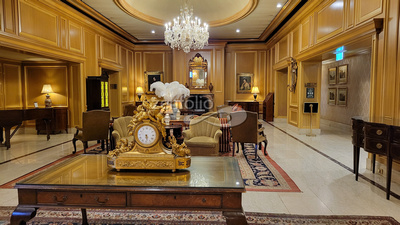 Scheduled opera performances did not fit into our schedule.  Instead, we booked a tour to see the interior of this iconic facility and got tickets for L’Hôtel, a cabaret performance, in one of the ancillary theaters at the opera house.  Lots of Édith Piaf style singing, a magician, acrobats and the “coup de grâce” was the manly hunk behind the “hotel” check-in counter who ended up pole dancing in his briefs.  Lots of fun was had with hoots and hollers from the enthusiastic audience. 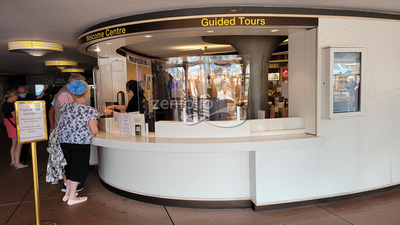 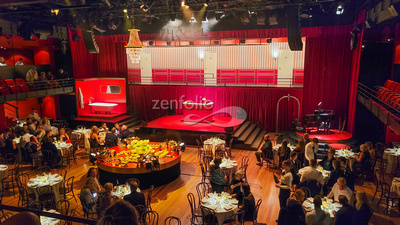 With the Royal Botanic Garden just across the street from the Sir Stamford, Jane and I visited the garden several times.  Walking the various paths in the garden was relaxing as we viewed the many species of flowers, shrubs, and particularly the amazing variety of trees.  Appropriate for a “royal” garden, the grounds were meticulously maintained.  We particularly enjoyed the Calyx exhibit with its plant covered walls.  A couple of the paths in the garden provided excellent views of the Sydney Opera House. 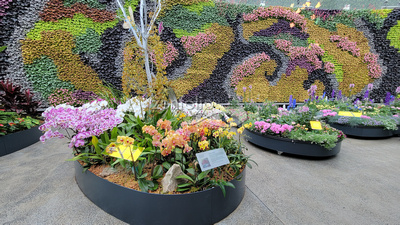 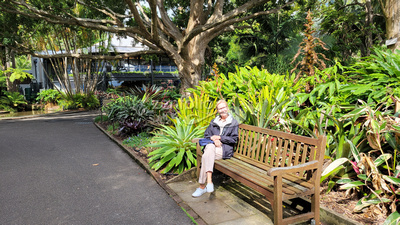 Before leaving home, I had envisioned an image of the Sydney skyline at dusk with light emanating from high rise buildings that I wanted to capture in a photograph.  To capture that image meant crossing over to the north side of Sydney Harbor.  To make that crossing meant we had to learn about the elaborate ferry system leaving from Circular Quay.  The anxiety of using the ferries quickly dissipated when we found using the ferries to be much simpler than expected.  Good signage led us to the appropriate pier and platform for the ferry we needed and then it was simply tapping a credit card to access the ferry and again when leaving.  I photographed the evening skyline from Cremorne Point, straight across from the opera house.

Just can’t say enough about how much we enjoyed Sydney.  One morning we joined a walking tour of the old harbor area known as the Rocks.  We learned a lot about how in 1788 the first crew of convicts arrived in Australia.  Mostly, however, we created our own walking tours finding interesting places to discover, like the State Library and cozy little bistros.  During one of our forays into the sky scraper lined business core, we discovered a subterranean food court under Martin Place.  With scores of vendors, food from all over the world was available along with an amazing array of pastries.  As we left the food court, after lunching on sushi, we happened upon the Theatre Royal where Agatha Christie’s “The Mousetrap” was playing.  Of course, we had to get tickets for that famous murder mystery. 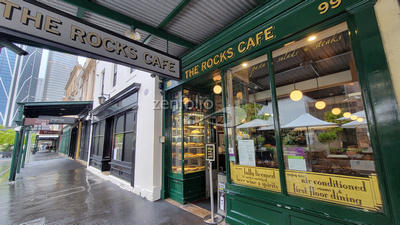 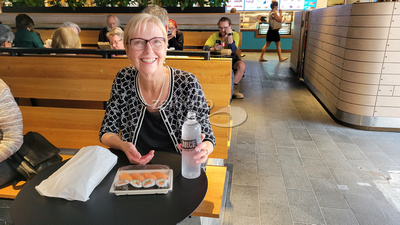 On October 21st, half way through our Australian Odyssey, we somewhat reluctantly left Sydney on our flight to Cairns and the Pacific Hotel for the rest of our journey.  Chapter 3 will cover the Trogon Photo Tours portion of our trip.