I call it an escape.  The “it” I refer to being a short, three day road trip to Taos, New Mexico, a few hours north of Albuquerque.  After months of home isolation, with only a few forays out for groceries and other necessities, going on an overnighter really did feel like an escape.  Jane and I had been itching to get out of the house for a few days and exploring New Mexico to the north of Santa Fe had been on our minds for some time.  We settled on Taos, a small village in the foothills of the Sangre de Cristo Mountains.   Neighbors had told us about a quaint B&B that they had enjoyed and we decided to make the Old Taos Guesthouse our home away from home for three nights.  Of course there were Covid-19 restrictions such as face masks, social distancing, and eating our gourmet breakfasts from take-out boxes in our room.

We packed our overnight bags, hustled up some picnic snacks for along the way, and headed out.  I had put together a route and itinerary that included several potential photography stops during our three days of exploration.  From Albuquerque we traveled north and east on I-25 to the Pecos National Historic Park; then further along I-25 to the Las Vegas National Wildlife Refuge; from there to Fort Union National Monument; and then on to the Maxwell National Wildlife Refuge. I had wanted to check out these wildlife refuges to see if photography at these would be as rewarding as at Bosque del Apache where Jane and I had been several time before.  I concluded that Bosque was a much better location for photography and much easier logistically. 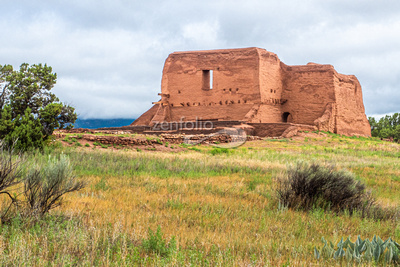 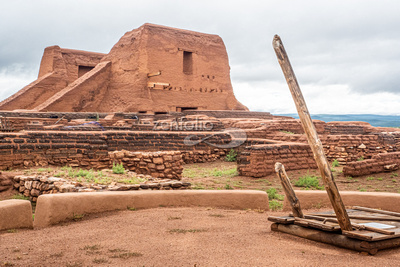 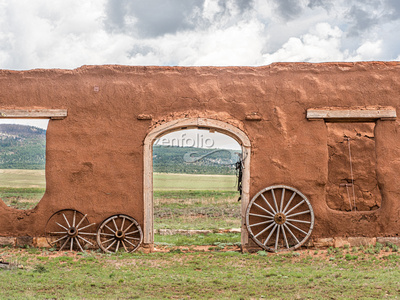 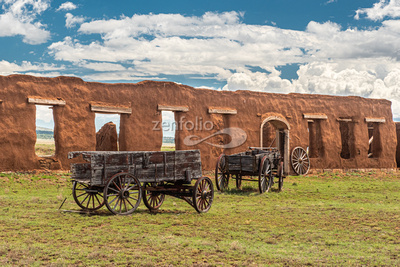 From Maxwell, a very small community with no visitor amenities, we continued back west over the Cimarron Range of the Sangre de Cristo Mountains through the twisty and curvy Cimarron Canyon to Eagle Nest Lake and U.S. Highway 64.  We followed Highway 64 through more mountainous terrain and canyons to the Old Taos Guesthouse.  As our neighbors had described, the Old Taos Guesthouse was a quaint, picturesque converted hacienda in a very rural setting with eleven guest rooms.  Our room was spacious with the décor and charm of historic Taos.  We enjoyed our three nights there very much and savored breakfasts each morning. 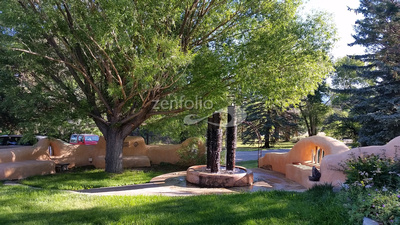 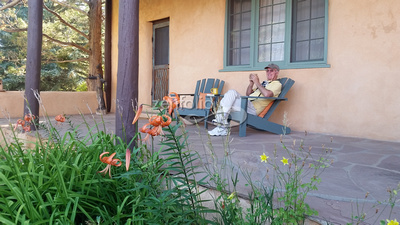 The grounds of the guesthouse were filled with a variety of trees and plants.  Among the plants were sunflowers with an abundance of interesting looking insects foraging among the yellow flowers.  I decided to practice taking close-up pictures of these bugs with my macro lens.  I don't get many opportunities to shoot with the macro lens, so this was a great time to use it.  I had no idea what bugs I was photographing and had to Google search to identify them.  These two are an Ambush Bug and a Soft Winged  Flower Beetle. 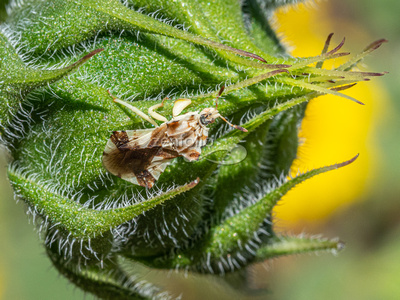 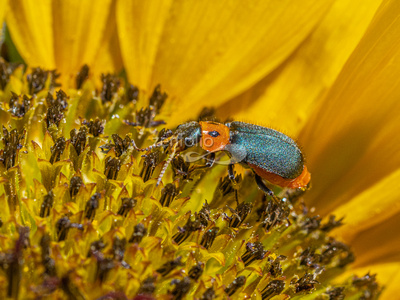 The next two days we made day-trips from the Old Taos Guesthouse to scenic locations around the Taos area.  One day we ventured up to the Taos Ski Valley high on the north side of Wheeler Mountain, New Mexico’s highest at 13,159 feet, and also toured the mountainous Enchanted Circle Scenic Byway that circumnavigates around the Wheeler Peak wilderness areas.  The Rio Grande River flows just east of Taos and we spent time photographing the deep gorge resulting from the Rio Grande Rift that the river follows.  To the north we toured the Rio Grande del Norte National Monument and to the south the Orilla Verde National Recreation Area where we encountered some bighorn sheep on the road. 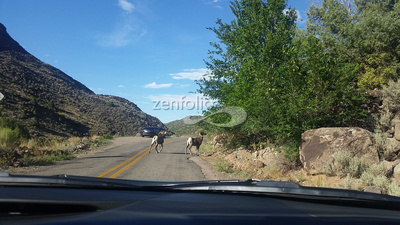 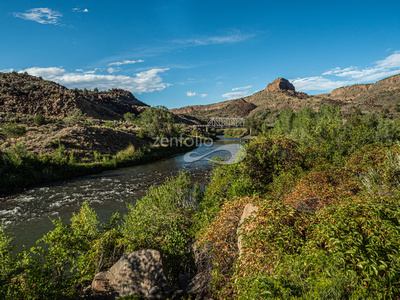 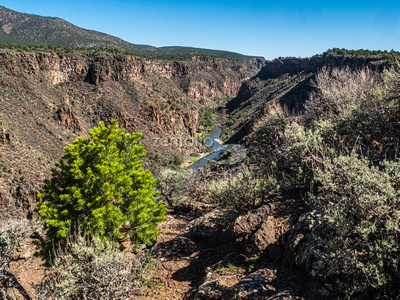 Now that we have had our taste of traveling again, we look forward to visiting our “place in Montana” this fall.  Since we have cancelled our Europe travel plans we have decided to drive up to Glacier National Park to spend two weeks at our time-share cabin there in September.  There will be a blog about that trip, for sure. 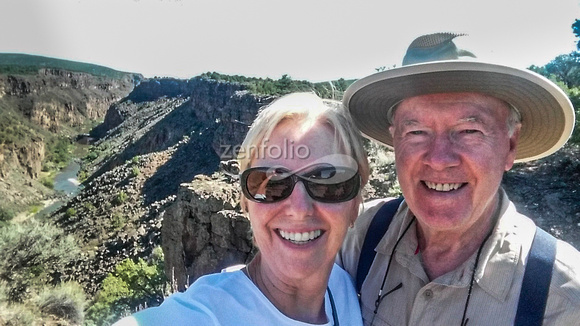