Another Trip Of A Lifetime

Jane and I have often wondered exactly how many trips of a lifetime someone can have.  We most definitely have had several and the most recent was our photo safari to Madagascar.  For two weeks (sixteen days actually) we were totally immersed in a uniquely different, foreign culture and environment.  Jane and I were two of the six travelers guided by Mike Byrne of Joseph Van Os, a worldwide expedition company from Vashon Island , Washington.  From San Diego, we flew to Atlanta, then on to Paris to finally land in Antananarivo, Madagascar’s capital, where we started our adventure. 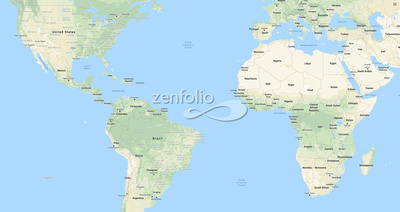 During our safari, we visited nine of Madagascar’s national parks and private reserves to photograph iconic lemurs and reptiles.  In Madagascar, one of the world’s least developed countries, roads are poorly maintained and on many occasions we flew on charter flights between locations.  Although shaped more circular, Madagascar is about the same size as Texas, and our tour concentrated on parks and preserves on the southern portion of the island. 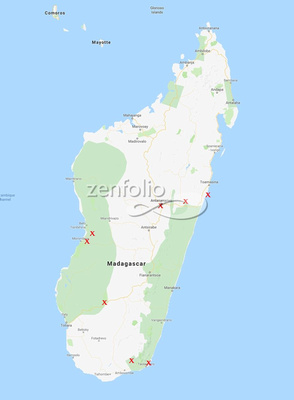 Before heading off to our first preserve, we spent some time exploring around Antananarivo where about twenty percent of Madagascar’s twenty six and a half million people live.  Antananarivo is a high density, congested city with narrow streets packed with street vendors.  Mike guided us to a brick factory, an artisan metal shop and flower market.  At the brick factory we watched male workers pack clay into metal molds by hand to form bricks that were then stacked and air dried.  When these raw bricks were dry, young women and girls would carry them, stacked ten to fourteen at a time on their heads, to the kiln for hardening.  Various metal curios for sale in tourist gift shops and to decorate business lobbies were being created by artisans at the metal shop.  Small metal parts were cut and twisted by women, often assisted by their young children, to be welded and polished by men into artistic objects. 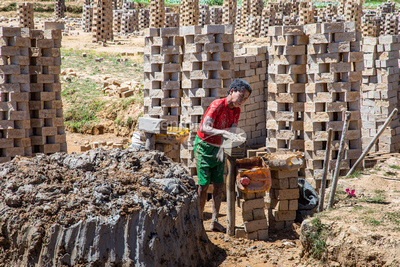 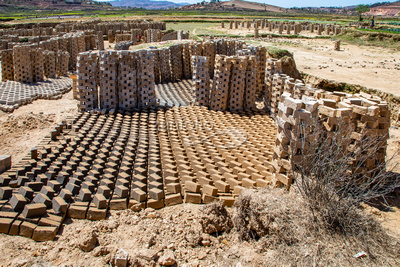 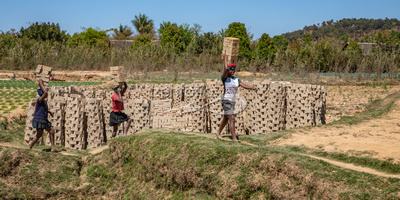 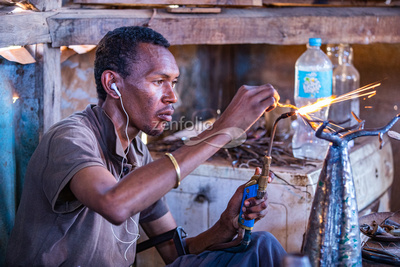 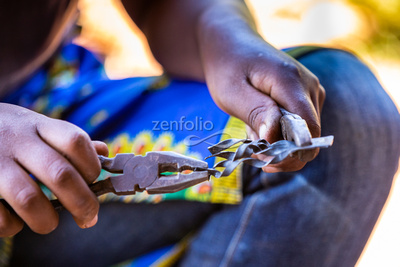 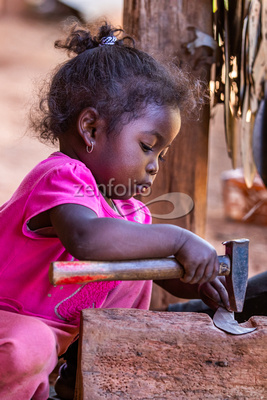 Our first charter flight was from Antananarivo to Morondava on the island’s west coast where the photo safari began.  Not far from Morondava we photographed the iconic baobab trees and survived our first harrowing drive on Madagascar’s unpaved, unmaintained, potholed, deteriorated road to the Kirindy Reserve.  The bumpy jolting ride to Kirindy was rewarded with our first encounter with lemurs, a chameleon, mongoose and Madagascar’s only predator the fossa.  Excitement ran rampant through our small group as we jostled for positions to photograph these endangered and endemic species. 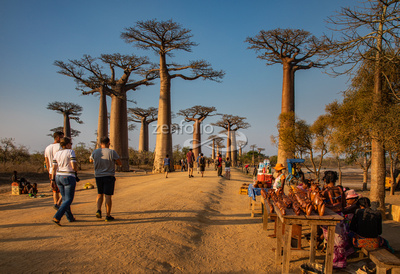 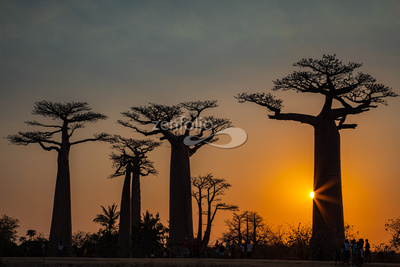 After traveling to several other preserves to photograph lemurs, we happened upon an open street market in Fort Dauphin along Madagascar’s south coast.  We wandered the crowded streets marveling at the diversity of fruits and produce displayed in the stalls by the numerous merchants.  Many villages are without electric power requiring that rural dwellers make almost daily trips to the market to obtain perishable foods, making the market a busy and congested place.  For a photographer not inhibited to take people pictures, the market provided a potpourri of opportunities.  I, on the other hand, am not so inclined and was challenged to get keeper people pictures. 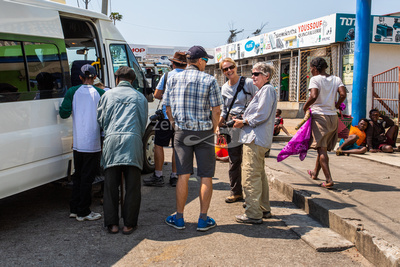 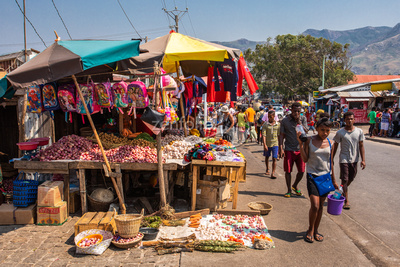 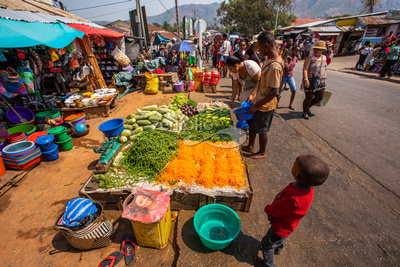 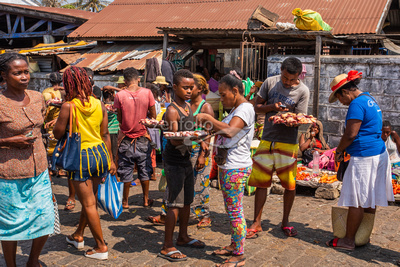 More national parks and reserves were visited after leaving Fort Dauphin, the last of which was Akanin’ny Nofy on the island’s east coast.  Here we were treated with very close encounters with a variety of lemurs.  Lemurs are a species of primate all of which are endemic to Madagascar.  We photographed about eight or ten of the many species that roam Madagascar’s forests.  By far the most difficult to photograph are the nocturnal lemurs, in particular the aye-aye.  The aye-aye is a bazaar creature, reminiscent of a star wars character.  The aye-aye has evolved to feed at night on larvae and grub found under tree bark.  In order to photograph this unique lemur guides have to lure this naturally shy animal to spots were photography is possible.  Guides do this by placing coconuts among low tree branches to temp the aye-aye and then shine flash lights on them so there is sufficient light for photography. 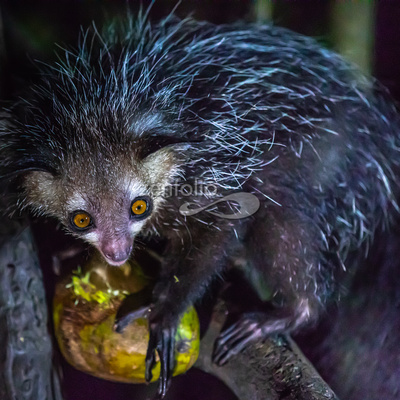 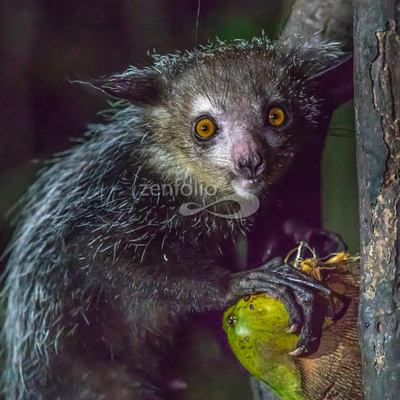 Akanin’ny Nofy nature preserve was our last stop before heading back home.  The journey back to San Diego was an arduous thirty hour ordeal.  Although pretty exhausted, we made it home without any major issues on route.  Our photo safari to Madagascar was fantastic and definitely another trip of a lifetime for us. 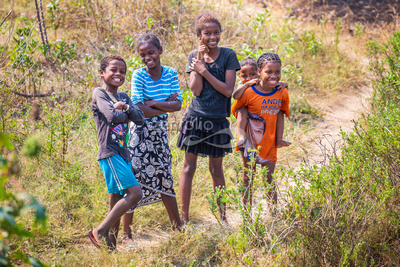 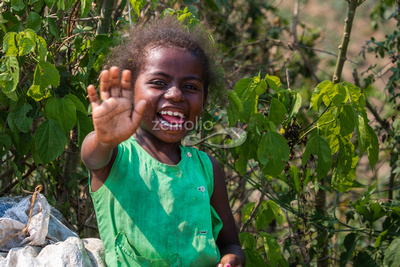