We did not waste any time in starting our 2016 travel schedule.  Early on New Year's Day, January first, Jane and I headed north on Interstate 15 to photograph at two separate state parks.  The first was the Valley of Fire in Nevada and second was Snow Canyon in Utah.  The Valley of Fire proved to be a fun place to hang out and explore.  With the help of a newly acquired Garmin GPS from Santa and coordinates found on the internet, we were able to find and photograph many obscure arches and colorful eroded formations.  In addition to amazing geologic features, we also encountered a small herd of full-curl bighorn sheep.  Although pretty shy, they did allow us to approach close enough for some good images. 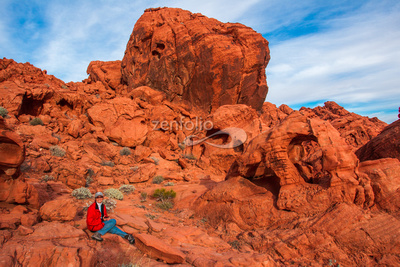 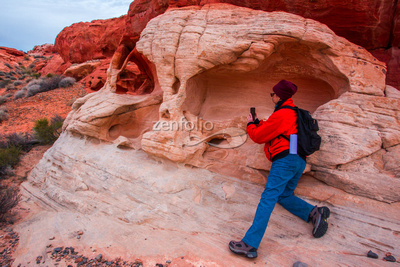 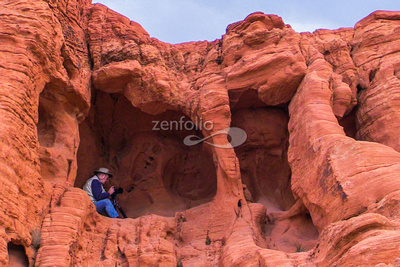 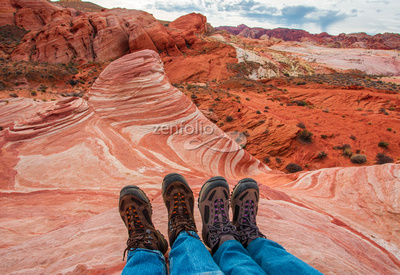 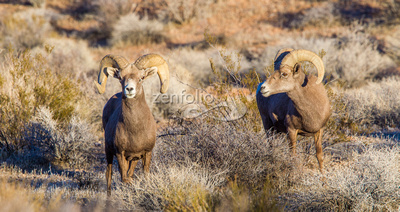 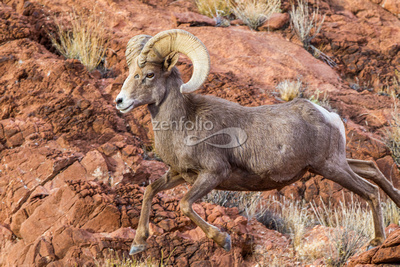 After our explorations in the Valley of Fire, we headed further north to St. George, Utah, and Snow Canyon State Park.  In St. George, the weather turned on us and we had to cope with several days of dark, rainy skies.  Rain turned to snow at higher elevations and we were able to capture snow on the Red Mountains surrounding Snow Canyon.  By the way, Snow Canyon was named for Lorenzo and Erastus Snow, early Mormon pioneers in the St. George area.  It actually seldom snows in Snow Canyon.  So, even with inclement weather we were able to make pictures of a unique and seldom seen setting.  We also had an opportunity to photograph some Ancestral Puebloan rock writing among the rocky ledges adjacent the Santa Clara River. 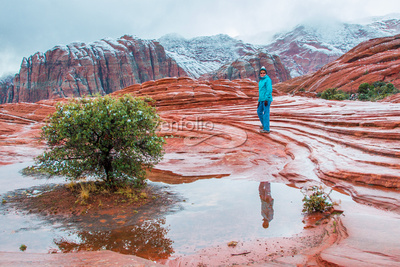 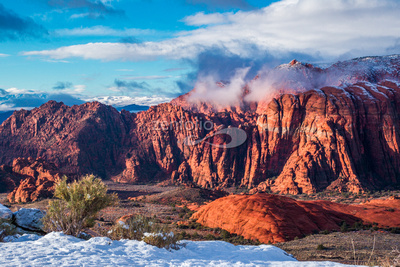 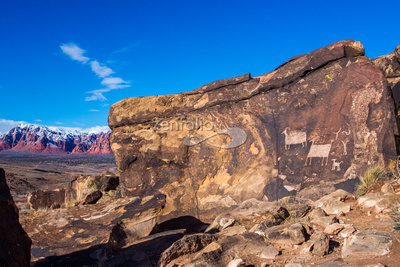 Pictures from this trip are located in the State Parks group under Valley of Fire and Snow Canyon.