Twenty-eighteen is off to a fantastic start.  I just returned from my first photo trip of the year.  Some time ago, perhaps a year or two, I came upon a description of a very unique and interesting location to photograph.  Located in a very remote and desolate area, in the far southeast section of Nevada, near the Arizona strip, and two hours south on dirt roads from Mesquite, is a section of red, eroded Aztec sandstone called Little Finland.  The name is derived from the way the sandstone has eroded into many fin like features.  I had wanting to venture out to this area after learning about it and seeing images by other photographers.  So in mid-February my photo-buddy Bruce Hollingsworth and I set forth to explore Little Finland.

Armed with maps, written directions and GPS coordinates, we started out from Mesquite full of enthusiasm and great expectation.  At the outset, the road was paved but so full of potholes it was rougher than the subsequent dirt tracks we followed.  Have you ever noticed how, in an unfamiliar setting, the way out always seems longer than the way back?  Well that is what we experienced.  It just felt that we had gone for miles and miles without reaching a recognizable waypoint on the map.  Little Finland is situated in a recently created national monument, so when we came upon the large Bureau Of Land Management sign indicating we had entered the Gold Butte National Monument, we knew we were on the right road.  It was a long, bumpy two hours, however, before we reached our final destination. 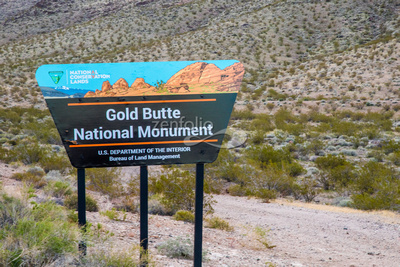 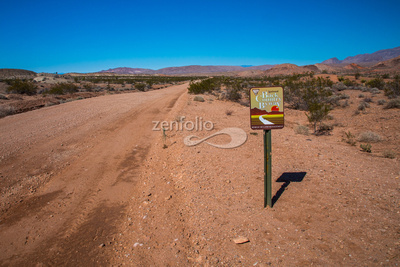 It is difficult to describe the intricate and bizarre sandstone shapes we found in Little Finland.  Mother Nature really demonstrated some of her most creative erosional work here.  With a little imagination, we could see all sort of creatures, some rather ghoulish, emerge from the sandstone.  Another name for Little Finland is Hobgoblin’s Playground and that more aptly describes the area.  Bruce and I enjoyed our foray into this strange and fantastic playground.

To find images from this trip, go to the National Parks and Monuments gallery and look for Gold Butte National Monument. 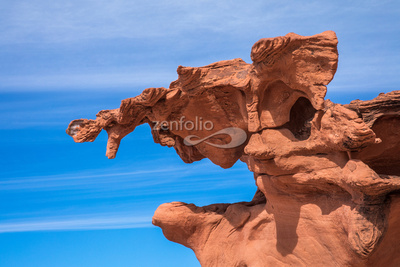 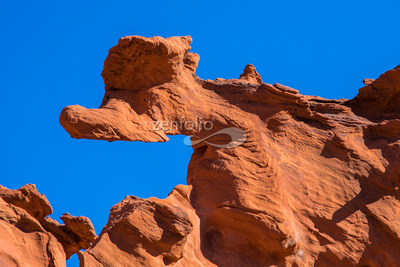 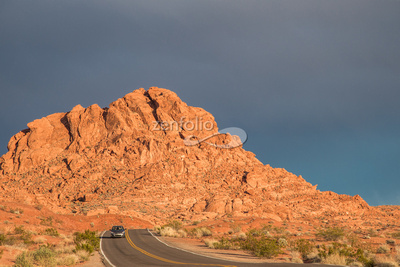 Finally, on January 31 of this year, there was a lunar trifecta, a full moon, blue moon and blood moon (as a result of a total lunar eclipse).  The phenomenon was observable in San Diego, so Jane and I got up very early that morning in order to be in position to photograph the event.  The image below is the result of that early morning effort.  Only the first half of the eclipse is shown, from full moon to blood moon.  The second half of the eclipse, from blood moon to full moon, occurred as the sun was rising and images from that portion of the eclipse did not blend well with the others. 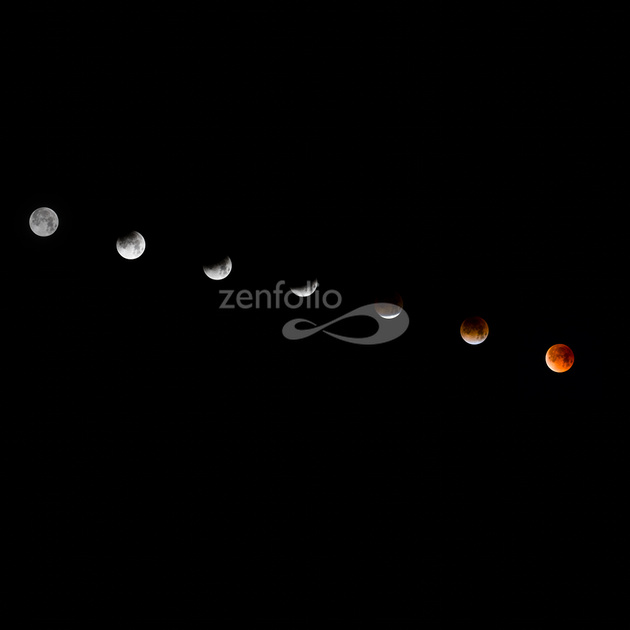