August found Jane and me in Denali National Park and Preserve.  We took advantage of an Alaska Airlines two-for-one ticket deal.  I had wanting to go back to Denali National Park to try for some of the iconic wildlife to be photographed there.  The last time Jane and I were in Denali I was still photographing with film, so you can imagine how long ago that was.  Anyway, after the high peaks of the Colorado Rockies and Ancient Puebloan sites of Mesa Verde, we packed our bags for a short trip to Alaska’s premier park. 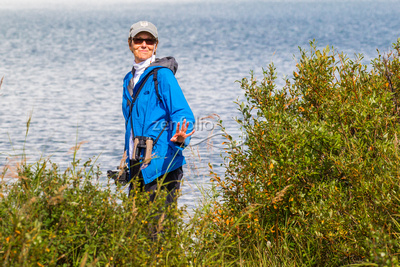 From previous trips to Denali, we knew that access to the interior of the park was restricted to busses only, no private vehicles beyond Mile Marker 15.  There are a variety of bus tours available and our strategy was to use the Shuttle Bus that allowed passengers to get off and then get back on another Shuttle Bus, provided that there were seats available.  We purchased Shuttle Bus tickets that allowed us to travel to the end of the line, some 85 miles and five hours one way, into the park, on three separate days.  We left on the early morning bus each day but our strategy of getting on and off did not work out as anticipated.  For one, the weather was always threatening and it rained pretty much every day, although not continuously throughout the day.  Then, even though the bus left each morning with plenty of empty seats they were quickly filled by campers picked up along the way.  We feared that once we got off the bus, it would be difficult to get back on another without having to wait a long time, potentially in the rain.  So we pretty much rode the full busses from beginning to end each day, photographing from the bus as best we could. 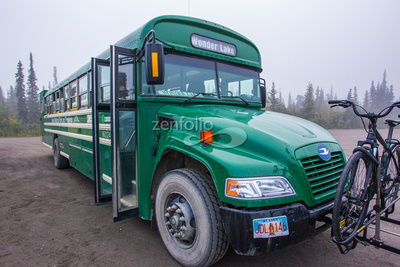 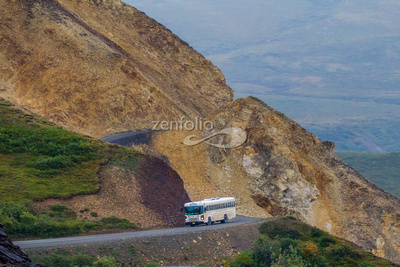 Since the Shuttle Bus rides took all day, we had allowed a couple of days for exploring on our own.  Those explorations proved to offer some fairly good photo opportunities.  At Horseshoe Lake we encountered a beaver that had just felled a branch from a birch tree and was dragging it from the forest to a small pond where he commenced eating the fresh green leaves.  We found a colony of pika near the Savage River Loop Trail head and spend lots of time watching and photographing these small little rodents as they foraged among their rocky habitat.  Further along the Savage River Loop Trail we noticed arctic ground squirrels digging for roots and eating seeds from wilted flower stalks. 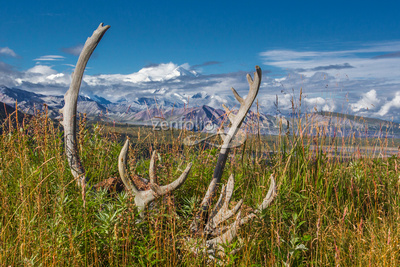 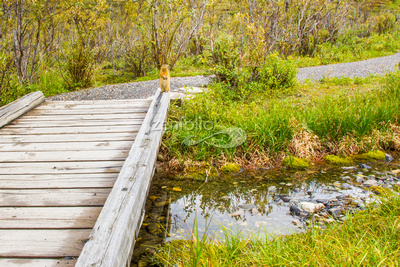 Even though we had gotten glimpses of Mount Denali from the bus, the high mountain peaks were obscured by clouds and overcast skies most of the time.  Consequently, we decided to treat ourselves to a scenic flight thinking that the plane would be able to fly above the overcast and allow us to experience the grandeur of Denali.  Our thinking turned out to be correct.  Taking off under cloudy conditions, with not much prospect of clear skies at all, when we approached the mountain we were above the clouds and Mount Denali appeared in all its glory as if floating on billowing cushions. 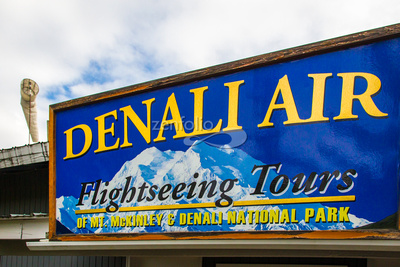 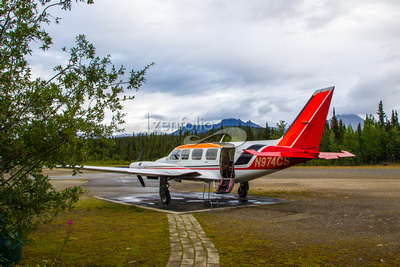 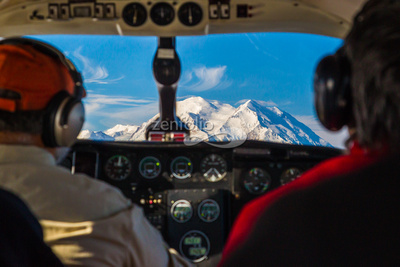 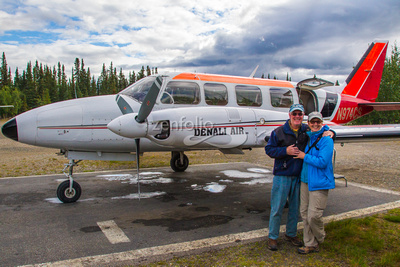 To view images from our Denali trip go to the National Parks and Monuments gallery and then find Denali National Park and Preserve.