This August Jane and I found ourselves once again at the Silver Salmon Creek Lodge in Lake Clark National Park, Alaska.  It was Déjà Vu all over again.  We were there in 2013 and decided to make a return visit.  Dave and Joanne Coray and their friendly staff are outstanding hosts and we had a wonderful stay at this cozy lodge.  Access is by bush plan from Anchorage with a landing on the beach along the shores of the Cook Inlet.  The journey started with adverse weather conditions in Anchorage resulting in our flight being delayed several hours.  After arriving at the lodge, however, we enjoyed several days of sunshine. As it was in 2013, the objective of this short, 5-day jaunt, was to photograph the Alaska Coastal Brown Bears, aka as grizzlies.  In August there is a Silver Salmon run which draws the bears to the creek for some high energy fishing.  Salmon migrate from the Cook Inlet to spawn along Silver Salmon Creek and its tributaries.  This time bears were not as numerous as during our trip in July, 2013.  But there was plenty of photo action with bears splashing after the swift fish.  We also were able to observe and photograph young cubs play-fighting as their mother fished for their dinner.  As always in the Alaskan wild, Jane and I had a great time enjoying the diversity and beauty of nature. 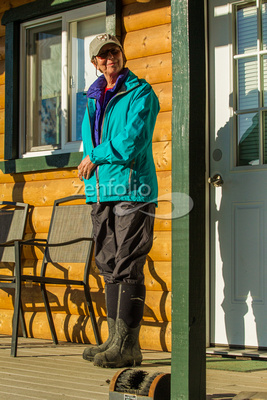 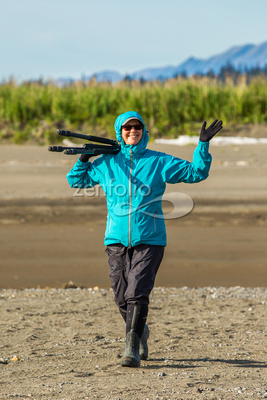 On this trip, there was also the opportunity to sail out to Duck Island on the lodge motorboat.  Duck Island is very small, about the size of a city block in San Diego.  Small as it may be, it is a haven for seabirds, particularly horned puffins.  Photographing from the boat, with substantial surf and swells, proved to be difficult resulting in only a few keepers.  After landing, some good shots of puffins perched near their burrows, doing what puffins do, were possible. 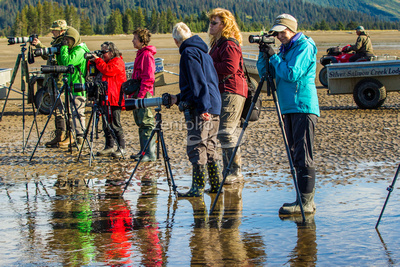 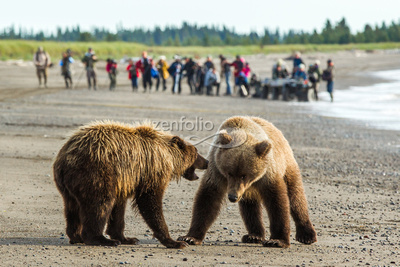 I hope you enjoy the images from this return trip to Silver Salmon Creek Lodge as much I enjoyed obtaining them.  You can also refer back to the 2013 gallery to see what difference a month makes in the life of a grizzly.