If This Is October, We Must Be In Costa Rica

October found Jane and me in the high altitude cloud forest of Costa Rica.  We were on a hummingbird photography tour with David Hemmings, a Canadian wildlife photographer (www.naturesphotoadventures.com).    Neil Solomon, a fellow photographer from the Photonaturalists Camera Club, had turned me on to this opportunity to photograph some new species of hummers and he and his spouse joined us on this adventure.  Gene Davis, an old photo-buddy, had also signed up.  So it was almost like a private group of friends enjoying the remote outback of Costa Rica. 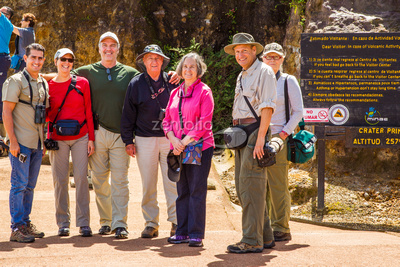 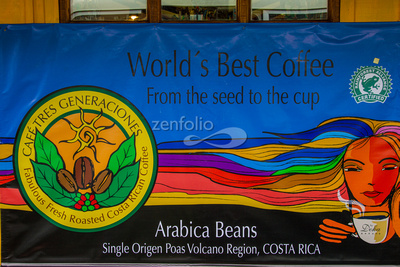 One of the trip highlights was a peak at the caldera of an active volcano.  Before heading to our photography destination, we made a side trip to the Poás Volcano.  It is only one of Costa Rica’s many active volcanoes along the Ring Of Fire.  Fortunately, only steam was escaping from this caldera during our visit, although there were many signs giving evacuation advice should a more serious eruption occur.

Most of the photography was accomplished at and around the Paraiso Quetzal Lodge (www.paraisoquetzal.com) located at nearly 9,000 feet in the cloud forest.  Dave set up his multi-flash equipment at one of the lodge's hummingbird patios where we were able to get some pretty fantastic shots of hummingbirds feeding at various flower arrangements that were part of the setup.  My favorites were when several hummers were photographed together in one shot.  Suffice to say that I was able to add several hummingbird species to my list of bird photographs. 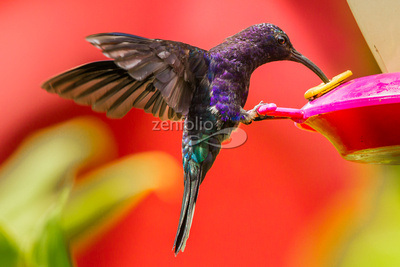 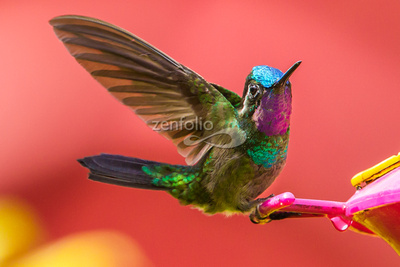 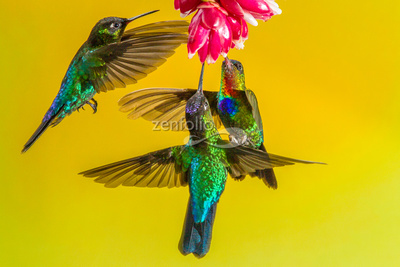 Weather did play a role during this photo tour.  Several times the morning clouds were so low that photography was not possible and in the afternoon, rain played a similar role.  Never the less, trudging through steep, muddy terrain, with heavy telephoto lenses on tripods, and hampered by slick exposed roots creating constant trip hazards, we were able to locate (with the help of two exceptionally talented local guides) the very photogenic Resplendent Quetzal.  This colorful red and green trogon-like bird with its long tail feathers prefers to perch deep in the shelter of moss covered foliage of Costa Rica’s rain forest.  This, of course, made locating and photographing this target birds a real challenge.  One morning, we intrepid photographers, under the guidance of our talented local assistants, were able to scramble along an extremely steep, slippery hillside to photography the elusive bird. 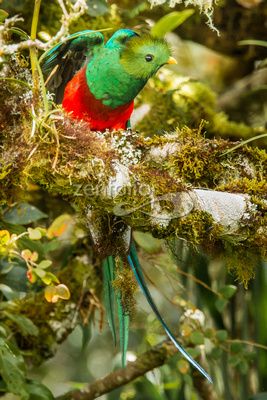 Jane and I very much enjoyed our stay in Costa Rica.  I had been once before, but this was the first for Jane and she’s game for going back at some future time.